This report discusses the rising influence of the milblogger (military correspondent or voenkor) community in Russia despite its increasingly critical commentary on the conduct of the war. The milblogger community reportedly consists of over 500 independent authors and has emerged as an authoritative voice on the Russian war.[i] The community maintains a heavily pro-war and Russian nationalist outlook and is intertwined with prominent Russian nationalist ideologists. Milbloggers’ close relationships with armed forces – whether Russian Armed Forces, Chechen special units, Wagner Group mercenaries, or proxy formations – have given this community an authoritative voice arguably louder in the Russian information space than the Russian Ministry of Defense (MoD). Russian President Vladimir Putin has defended the milbloggers from MoD attacks and protected their independence even as he increases oppression and censorship throughout Russia.

The Kremlin has allowed the ever-growing informal milblogger community to gain a quasi-official but independent position despite otherwise increasing domestic repression and censorship. The Kremlin has historically promulgated its state narrative via Russian federal outlets, TV, and print media, but has allowed the highly individualistic and often critical milblogger community to put forth its own narratives regarding this war. The milblogger community is composed of a wide range of characters ranging from those who support the Kremlin while criticizing the Russian military command to some who have directly blamed Russian President Vladimir Putin for Russia’s consistent military failures in Ukraine. That the Kremlin tolerates the miblogger community is astonishing given its censorship of other more traditional outlets including opposition and foreign media.

Russian milbloggers are not merely cheerleaders for the war – they are emerging as a group with a distinct voice within Russia. Milbloggers offer a highly informal platform that differs dramatically from the Russian MoD’s structured presentation of the war. Milbloggers largely publish self-authored content on Russian social media platforms such as Telegram, VK, and RuTube in a casual and approachable manner. Most prominent milbloggers either operate on the frontlines or have sources within Russian military structures, which allows them to form assessments based on first-hand accounts independent of MoD information and censorship.

The milbloggers are not fully separate from the Russian government, however. Russian investigative outlet The Bell, for example, uncovered that the creator of one of the most influential Russian Telegram channels, Rybar, is a former employee of the Russian MoD’s press service.[ii] Other milbloggers are correspondents of Russian state media outlets such as Komsomoslkaya Pravda, Ria, and RiaFan where they maintain their highly opinionated coverage of the war and even offer recommendations to improve the conduct of the Russian military campaign. Some proxy officials from occupied Donetsk and Luhansk oblasts also operate as milbloggers because they voice their opinions, share analysis from other milbloggers, and disseminate footage from the frontlines independent of the Kremlin and often at odds with the official MoD and Kremlin lines.

Select milbloggers are now holding official positions within the Kremlin. Putin has promoted some prominent milbloggers with large numbers of followers in order to reach the nationalist constituency to which they speak and most importantly to prevent this group from turning against Putinism. Putin appointed a prominent Russian milblogger and correspondent for Komsomolskaya Pravda, Alexander (Sasha) Kots as a member of the Russian Human Rights Council on November 20, for example, as ISW has previously reported.[iii] Putin has met individually with some Russian milbloggers and invited them to attend his annexation speech on September 30.[iv] Putin’s engagements with these milbloggers have not softened their commentary on the war, however. They continue to criticize the Russian war effort and especially the Russian MoD even as Putin defends and promotes them.

Some Russian milbloggers have close ties with prominent nationalist ideologists. Nationalist and former member of the Russian State Duma Zakhar Prilepin (known for creating of a volunteer battalion in occupied Donetsk Oblast in 2017) and founder of the modern-day National Bolshevik Party Eduard Limonov reportedly celebrated Russian milblogger Semyon Pegov (known under the alias Wargonzo).[v] Milbloggers also host podcasts with widely known Russian neo-nationalists such Alexander Dugin and perestroika-era Soviet TV personality Alexander Lyubimov.[vi] The milbloggers’ affiliation and mutual promotion with these figures foster a maximalist goal of full Russian supremacy in Ukraine within the information space. Dugin even directly blamed Putin for Russia’s military failures following the Russian withdrawal from Kherson City, in fact, criticizing Putin for failing to embrace Russian nationalist ideology fully enough.[vii] Dugin’s criticism did not lead other milbloggers to criticize Putin explicitly, but neither did the milbloggers defend Putin against Dugin’s critique or attack Dugin.

Putin has likely blocked MoD attempts to purge or otherwise control the milbloggers. ISW reported on October 14 that unspecified Russian senior officials within the Russian MoD attempted to criminally prosecute the most prominent milbloggers.[viii] Russian milbloggers publicly criticized the Russian MoD for the censorship attempt, continued their normal war coverage, and did not report receiving criminal charges. Unknown Russian officials had previously attacked Russian milbloggers by accusing them of revealing Russian positions to Ukrainian forces.[ix] Putin has apparently stood by the milbloggers, however, recently commenting on the importance of transparency and accuracy in war reporting—a comment that could only have been aimed at the milblogger coverage.[x]

The prominence of the milblogger community is likely a direct result of the Kremlin’s failure to establish an effective Telegram presence stemming from Putin’s general failure to prepare his people for a serious and protracted war. Russian media statistics center Brand Analytics noted that between the start of the war on February 24 and October 1, the number of Russian bloggers on Telegram increased by 58% while the use of banned Western social media platforms such as Instagram and Twitter decreased markedly.[xi] Telegram also has the highest percent increase of daily published content (23%) compared with to other Russian social media outlets over that period. The Bell noted that Rybar’s following increased sharply in September and October to over a million followers amidst partial mobilization and the start of Ukrainian counteroffensives in the east and south.[xii] The growth of Telegram and the case of Rybar highlight Russians’ distrust of the Kremlin’s official narratives and search for more accurate reporting. The Ukrainian government, it is worth noting, took the opposite approach. Instead of attempting to centralize reporting on the war, Kyiv tasked all regional officials to start official Telegram channels to provide information regarding the war in real-time.[xiii]

The Kremlin struggles to emulate the success of Russian pro-war siloviki figures online. Chechen leader and silovik Ramzan Kadyrov is the most followed Russian milblogger with over three million followers on Telegram. Kadyrov’s Telegram channel closely resembles the other milbloggers’ in format featuring Kadyrov’s video rants, combat footage, and unfiltered opinions on the course of the “special military operation.”[xiv] Kadyrov’s channel, however, has a more coherent narrative than the individual milbloggers given his personal interests in promoting his troops.[xv] Wagner Group-affiliated milbloggers also promote mercenary forces at the expense of criticizing the Russian MoD and traditional forces.[xvi] Prominent Kremlin state TV propagandists Vladimir Solovyov and Margarita Simonyan, on the other hand, only have 1.4 million and 500,000 followers on Telegram respectively and have been begun echoing some Russian milblogger critiques on their Telegram channels.[xvii] The Russian MoD channel has even fewer followers on Telegram than Solovyov and Simonyan despite the growth of the platform – only 480,000.

Putin continues to double down on support to the independence of milblogger reporting even as he doubles down on efforts to mobilize the Russian population for war. These two phenomena are almost certainly related.  Putin likely recognizes that the Kremlin and especially the MoD has lost whatever trust many Russians may have had in the veracity of its claims as well as the need to rely on such voices as pro-war Russians find authentic to retain support for the increasing sacrifices he is demanding.  Putin’s defense of the milbloggers’ criticisms of his chosen officials is remarkable. It suggests that he sees retaining the support of at least some notable segment of the Russian population as a center of gravity for the war effort if not for the survival of his regime and that he is willing to endure critiques from a group he perceives as loyal to secure that center of gravity. Will the milbloggers remain loyal to Putin and the war effort if the Russian military continues to struggle and suffer setbacks? How will Putin react if they do not? These questions could become significant as Putin increases his demands on his reluctant population to provide cannon fodder for a failing war. 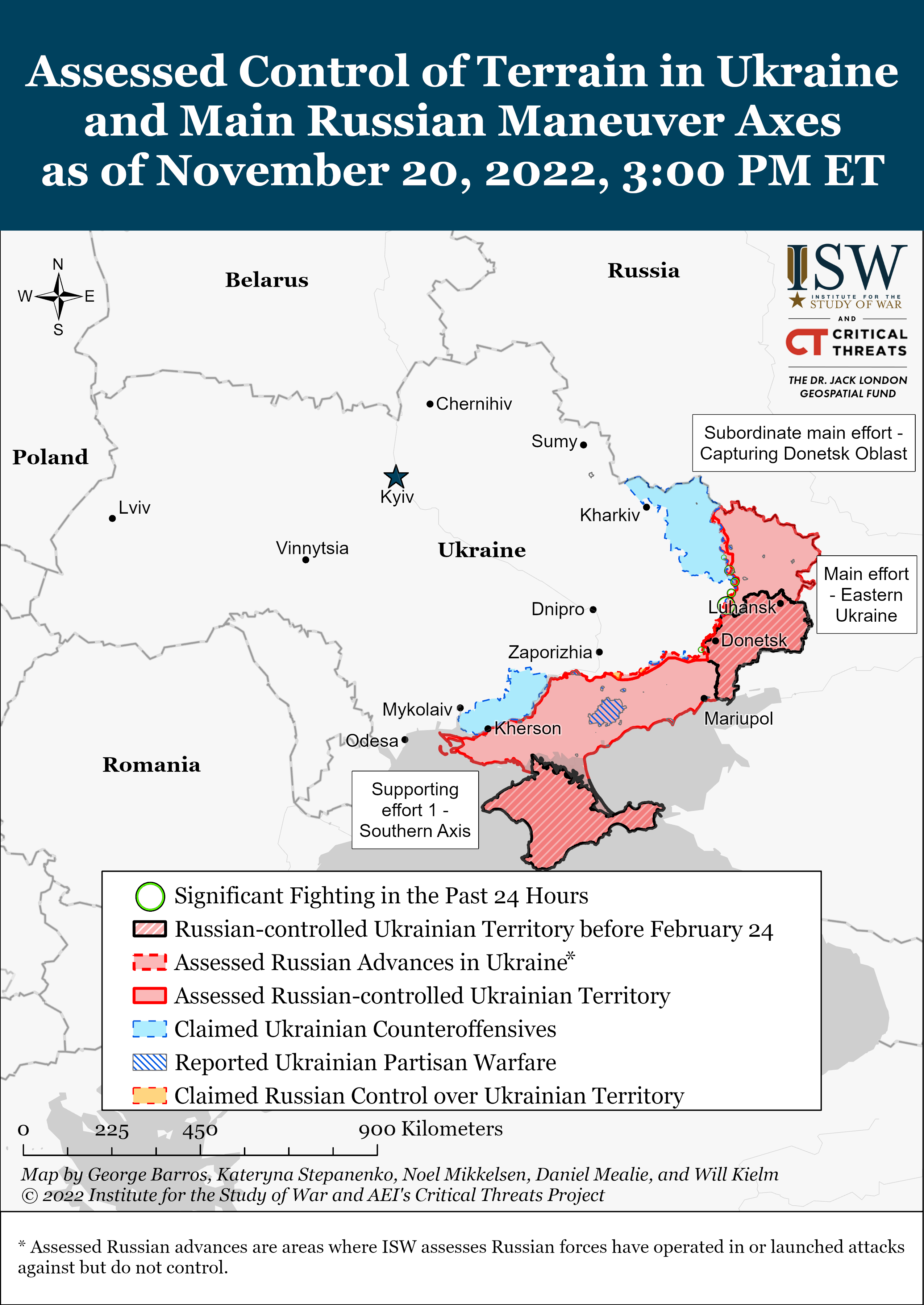 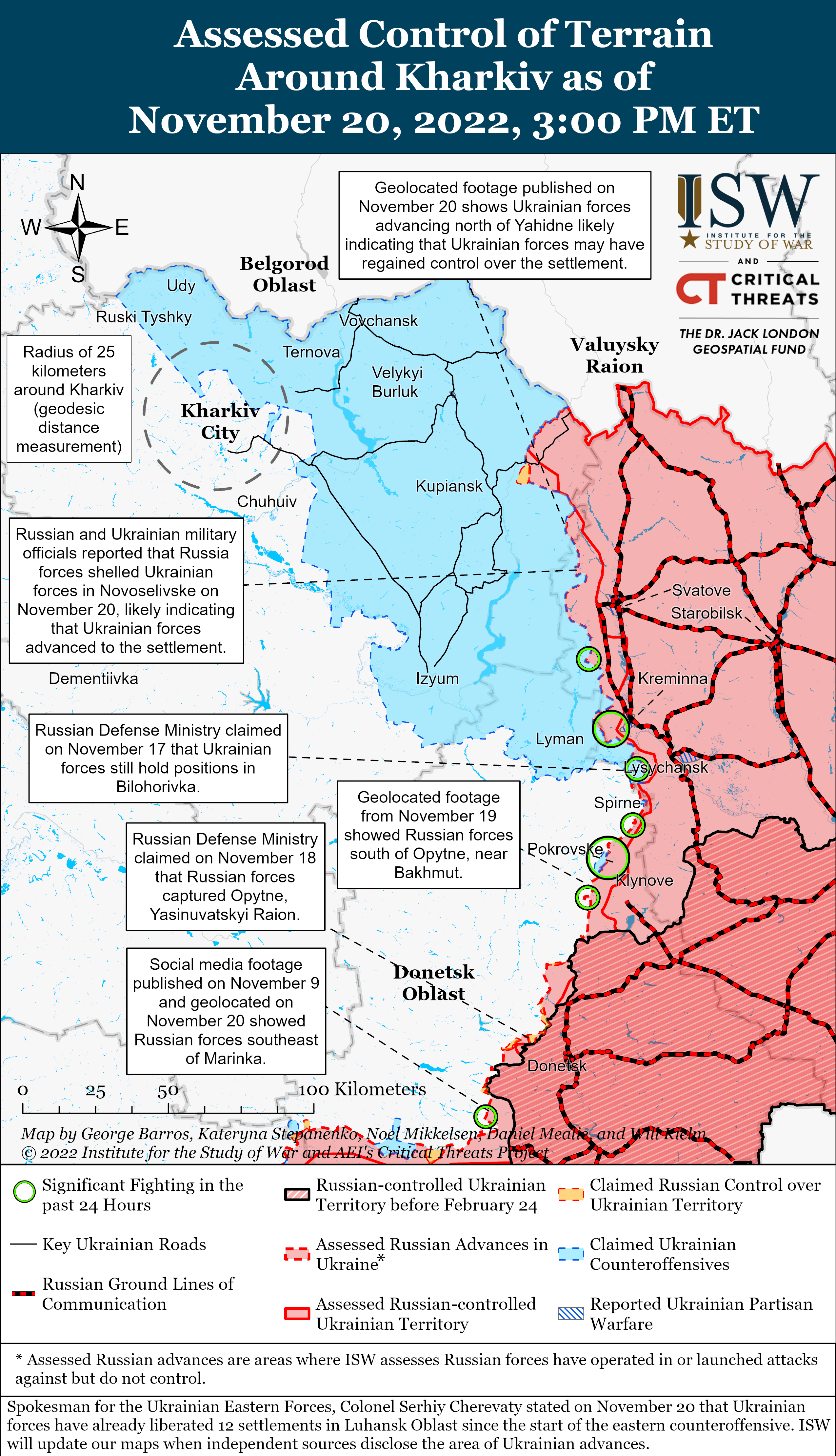 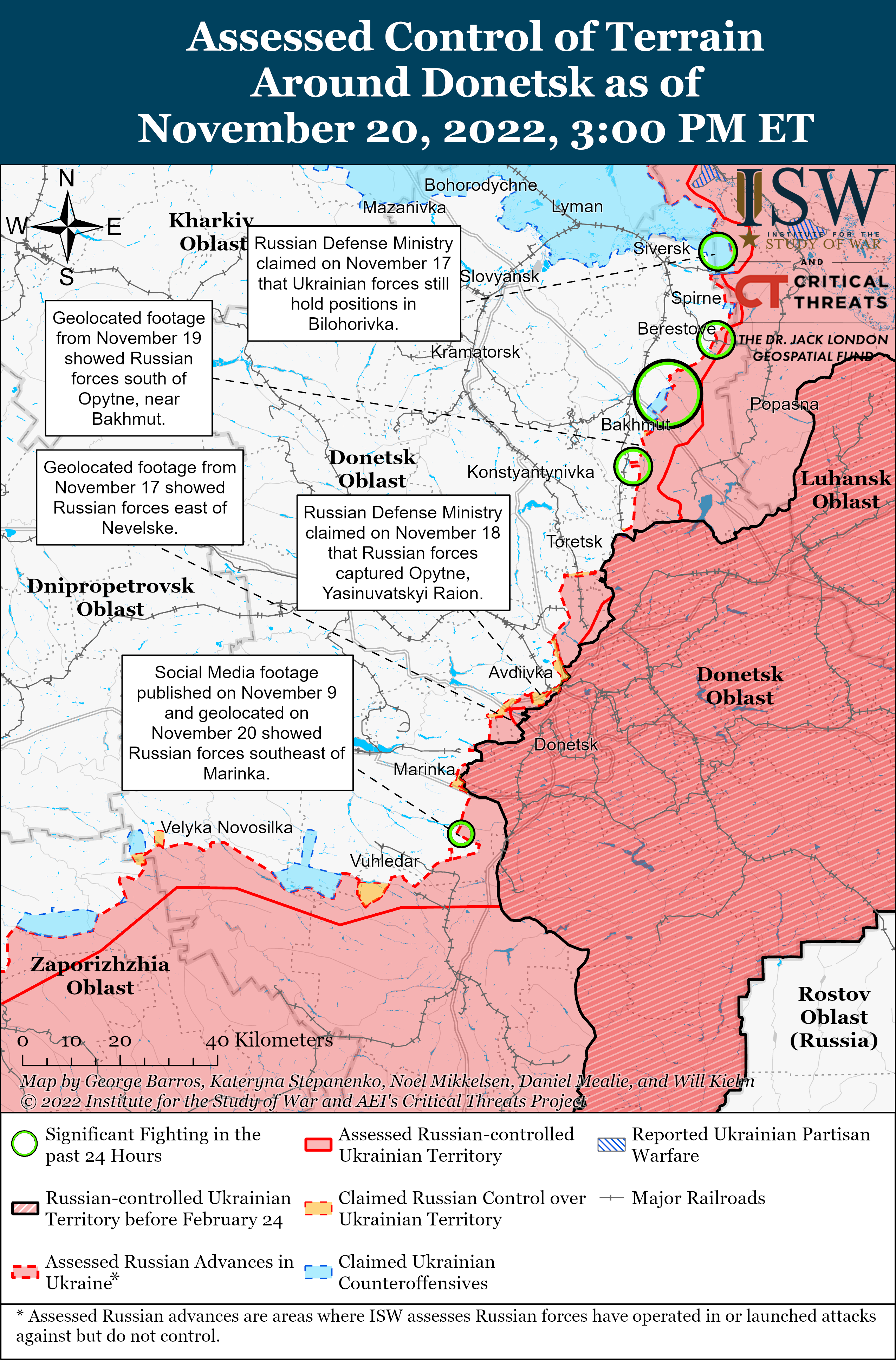 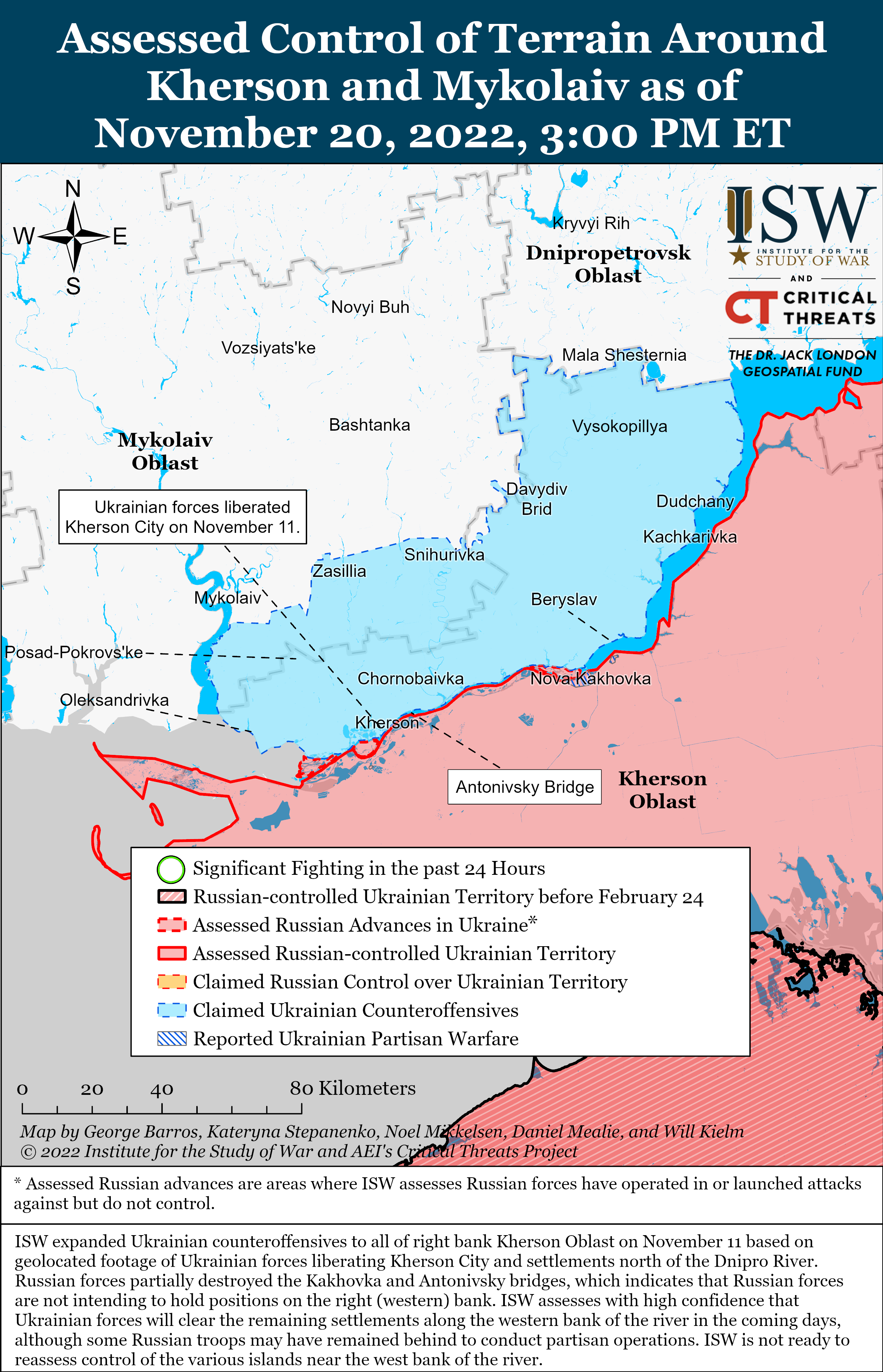