The Iran File is a biweekly analysis and assessment of the Islamic Republic of Iran’s strategic efforts domestically and abroad.

Key Takeaway: The Iranian regime may violate the Joint Comprehensive Plan of Action (JCPOA) in the near future.

Atomic Energy Organization of Iran (AEOI) spokesperson Behrouz Kamalvandi announced on May 20 that the AEOI will quadruple its low-enriched uranium (LEU) “production capacity.” This increase does not violate the JCPOA. The JCPOA mandates a 300 kilogram (kg) limit on The original publication of this Iran File incorrectly stated that the 300 kg limit applies to both Iran's LEU and heavy water stockpiles.Iranian LEU stockpiles, however, which Iran could exceed in the coming weeks or months. President Hassan Rouhani announced on May 8, 2019, one year after the US withdrew from the nuclear deal, that Iran would no longer adhere to the stockpile limits. The regime seeks to pressure Europe into providing Iran concrete economic incentives to remain party to the agreement. The move was also partly in response to a US decision on May 3 to revoke sanctions waivers relating to Iran’s civilian nuclear program that allow Iran to export its LEU and heavy water. Europe may reimpose sanctions on Iran if it violates the JCPOA.

AEOI quadruples LEU production rate. AEOI spokesperson Behrouz Kamalvandi *announced on May 20 that the AEOI will quadruple its LEU “production capacity.” Kamalvandi emphasized that the increase is within the framework of the JCPOA. He added that Iran could soon exceed the JCPOA-mandated 300 kg stockpile limit.

Iranian proxies and partners escalate against the US and partners in the region. Iran’s regional proxies and partners have attacked US and partner interests throughout the region in recent weeks. Unidentified militants fired a rocket toward the US Embassy in Baghdad on May 19. The rocket missed the embassy and caused no casualties. An Iraqi Counter Terrorism Service official claimed that the Iranian-backed proxy Kataib Hezbollah fired the rocket. Iranian-backed militias, including Kataib Hezbollah, subsequently condemned the attack. Islamic Revolutionary Guards Corps (IRGC) Quds Force Commander Maj. Gen. Qassem Soleimani recently told Iranian-backed forces in Baghdad to “prepare for proxy war” against the US. This influenced the US decision to evacuate nonessential American employees at the Baghdad Embassy and the US Consulate in Erbil on May 15.

Iran may also seek to co-opt regional proxies and partners to threaten Saudi and Emirati oil assets. Unknown perpetrators attacked four Saudi, Emirati, and Norwegian oil tankers near Fujairah Port, United Arab Emirates, on May 12. The US and a Norwegian insurer both assessed that the Iranian regime likely facilitated the attack. The Iranian-backed al Houthi movement then conducted a drone attack against two Saudi oil facilities 500 miles from the Yemeni border on May 14. The attacks may be part of an Iranian strategy to co-opt its regional proxies and partners to disrupt global energy trade, create uncertainty in the oil market, and attack Saudi Arabia and the UAE where they are vulnerable.

The US and Iran separately discuss regional affairs with Oman. Foreign Minister Mohammad Javad Zarif *met with Omani Foreign Minister Yusuf bin Alawi bin Abdullah in Tehran on May 20 to discuss international affairs and bilateral relations. This comes after US Secretary of State Mike Pompeo held a phone call on May 16 with Omani Sultan Qaboos bin Said al Said to discuss regional issues, Iran, and Yemen. Oman has historically served as a diplomatic mediator between the US and Iran. 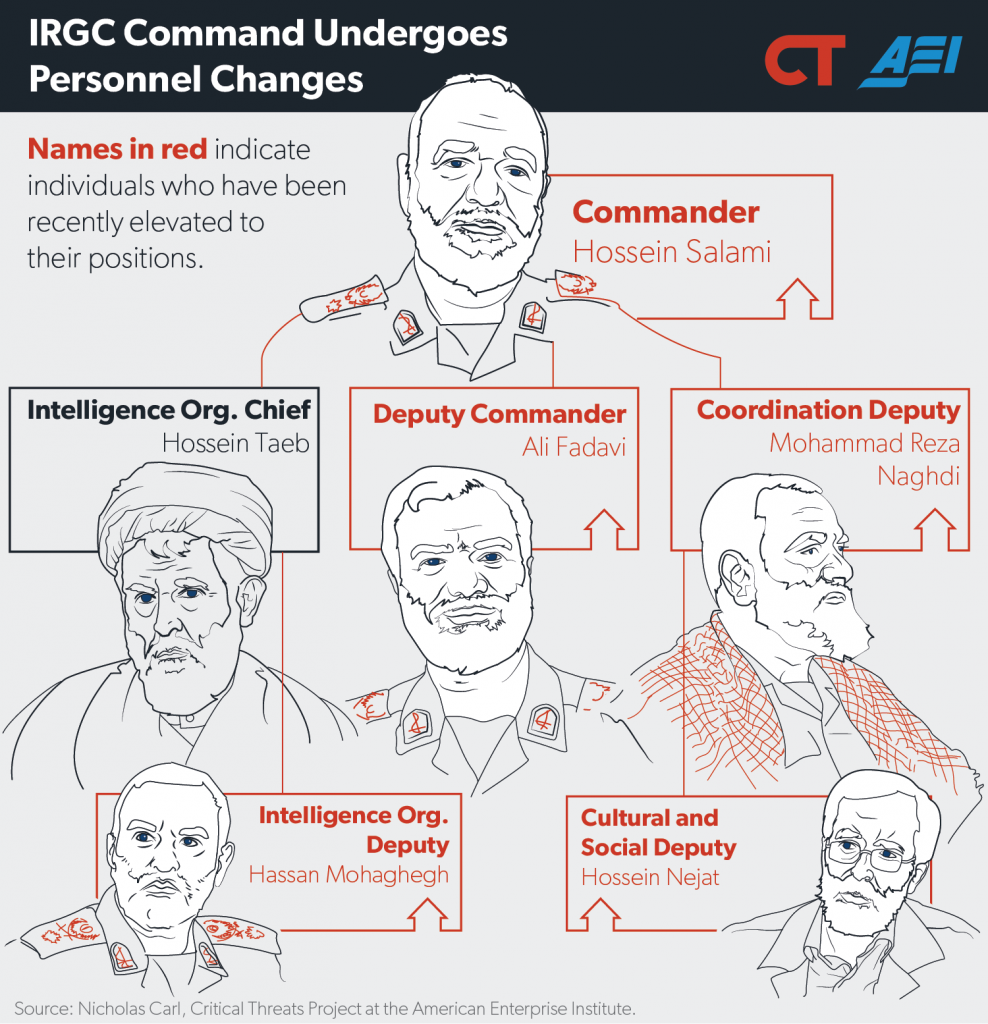