Africa File: Another Ethiopian Crisis May Overtake the Tigray Conflict

Key Takeaway: The cease-fire agreement between the Ethiopian government and rebel forces in Tigray indicates that the Ethiopian government faces an even more pressing threat elsewhere. A multilayered conflict in Oromia—which surrounds the capital and is the country’s largest and most populous regional state—is worsening Ethiopia’s humanitarian crisis and may lead to its fragmentation or a change in national leadership. 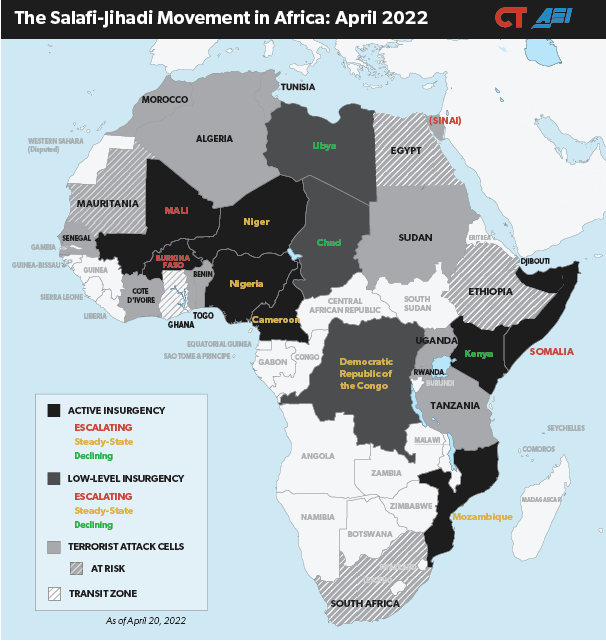 The Ethiopian government likely declared the truce in an attempt to freeze the Tigray conflict so it could dedicate resources to another pressing priority. Ethiopian Prime Minister Abiy Ahmed previously declared a cease-fire, in June 2021, to thwart the Tigray People’s Liberation Front’s (TPLF) advance outside of Tigray. The current cease-fire has largely held despite some light fighting between ethnic-based militias and TPLF forces in Tigray’s border regions in late March. Reports of troop mobilizations just south of Tigray in late March indicate that federal forces may be preparing for a future offensive. A TPLF withdrawal from neighboring Afar region on April 14 may be a concession aimed at preventing another offensive, though it could also signal willingness to negotiate.

The Tigray conflict has contributed to a more widespread destabilization of Ethiopia. Ethiopia has an ethnic federalist political system that administers geographic areas of the country based on the local majority ethnicity, and political parties form along ethnic and regional lines. The Tigray war and the government’s response has “normalized political violence” and encouraged ethnically aligned armed groups to mobilize or remobilize to address perceived injustices. Regional ethnic militias have taken advantage of frustrations among Oromo civilians and other aggrieved populations to take up arms. The Oromo comprise 36 percent of all 120 million Ethiopians but have historically lacked access to the state’s power and resources. 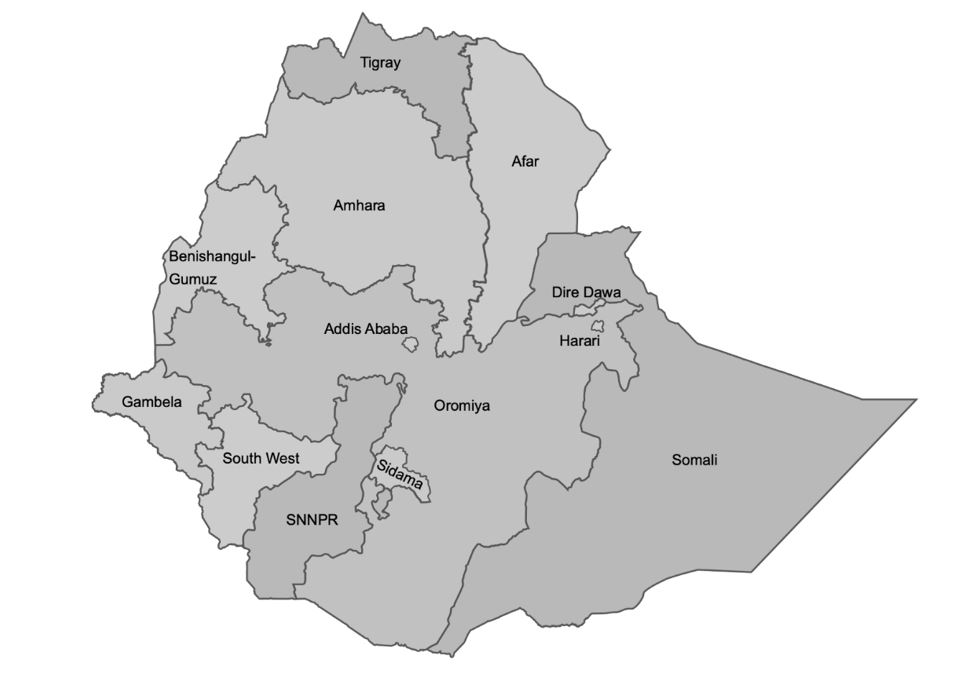 An Oromo uprising has developed in parallel to the Tigray war. Oromo insurgent groups appear in several forms across Ethiopian history. Oromo fought against dominance by the Amhara ethnic group during Ethiopia’s imperial period. More recently, Oromo youth protesters played a key role in ousting Ethiopia’s TPLF-led coalition in 2018, helping create the path for Prime Minister Ahmed to take power. Ahmed’s actions included striking a peace deal with the previously banned Oromo Liberation Front (OLF) political party. His Prosperity Party coalition came to rely on a close relationship with dominant Amhara political parties, however—a relationship that has intensified as Ahmed’s government has partnered with Amharan militias in the conflict with the TPLF since 2020. These developments have *dissolved once-hopeful sentiments among Oromo activists.

The separatist Oromo Liberation Army (OLA) has capitalized on grievances and disillusionment in the Oromo community to reignite an insurgency. The OLA was the OLF’s armed wing but *split off in 2018, objecting to the peace deal with Ahmed’s government. Oromo frustrations swelled in June 2020 when millions protested the killing of a popular Oromo singer and faced a harsh crackdown, *emboldening Oromo militant groups to escalate attacks on government institutions and ethnic minorities. The Tigray war created another opportunity for the OLA, which allied with the TPLF alongside eight smaller rebel groups in May 2021. Political *factions within the national and Oromia regional governments are *divided over how to respond to the OLA.

The OLA insurgency both fuels and is fueled by militia mobilization in the neighboring Amhara region. Amharan militias, some of which are affiliated with the regional government, have taken up arms alongside Ethiopian federal forces to fight the TPLF. One such group is the Fano, a loosely organized Amhara nationalist *militia. The Fano has partnered with the federal government against the TPLF, including by rebuffing the TPLF’s summer 2021 offensive. Reported TPLF atrocities against Amharan civilians increased Fano recruitment and mobilization. Amharan militias have also been accused of retaliatory attacks against Tigrayan civilians. The Amhara mobilization is not confined to areas bordering Tigray. Tensions have also spiked between the Oromia and Amhara regional governments over *clashes between pro-government militias and regional forces’ *incursion into Oromia-administered land in April 2022.

Amharan militias, especially the Fano, are an increasingly powerful force with *grievances of their own. Fano and the OLA are engaged in cycle of retaliatory violence in the Amhara-Oromia border zone. *Targeted executions have extended *farther into Oromia or Amhara territory since August 2021. The Fano now claim to defend Amharan civilians in central Ethiopia from OLA aggression. Amharan militias have committed *atrocities against Oromo civilians and other ethnic minorities they accuse of abetting the OLA. The Fano mobilization also challenges the federal government, which has sought to regain control over Amharan militias. Protests over the arrests of Fano members escalated into *clashes between federal forces and Fano forces in Amhara in March 2022.

The violence in Oromia and neighboring areas is worsening the already serious humanitarian crisis in Ethiopia. Civilian casualties in Oromia increased by a factor of 17 in 2022 compared to 2018–21. Militias have committed hundreds of *kidnappings, raids, *assassinations, and executions against each other and civilians in 2022. The OLA, other militias, and civilians using homemade weapons have committed ethnic-based murders in neighboring regions such as Sidama or the Southern Nations, Nationalities, and Peoples’ Region (SNNPR). Fano and allied militias retaliate against Oromo civilians and commit atrocities along disputed borderlands and Oromo communities deeper into the Amhara region. Regional government forces and police also contribute to ethnic violence through extrajudicial killings and arbitrary detentions.

The Ethiopian government is shifting resources to combat the OLA insurgency. The OLA now *holds eight of the 21 zones in the Oromia region, including territory within 60 miles of the capital city of Addis Ababa, and it conducted attacks and assassinations across all 21 zones in 2022. The Ethiopian military announced a major offensive against the OLA in southern Oromia near the Kenyan border on April 4. The Ethiopian military and regional government forces launched operations into five other zones of Oromia in April 2022 in an attempt to encircle the OLA and prevent it from establishing havens in neighboring countries. The Ethiopian government has also struck *security pacts with neighboring Kenya and South Sudan to *prevent OLA fighters from crossing their borders. The three states have limited capability to seal the *porous borders, however. 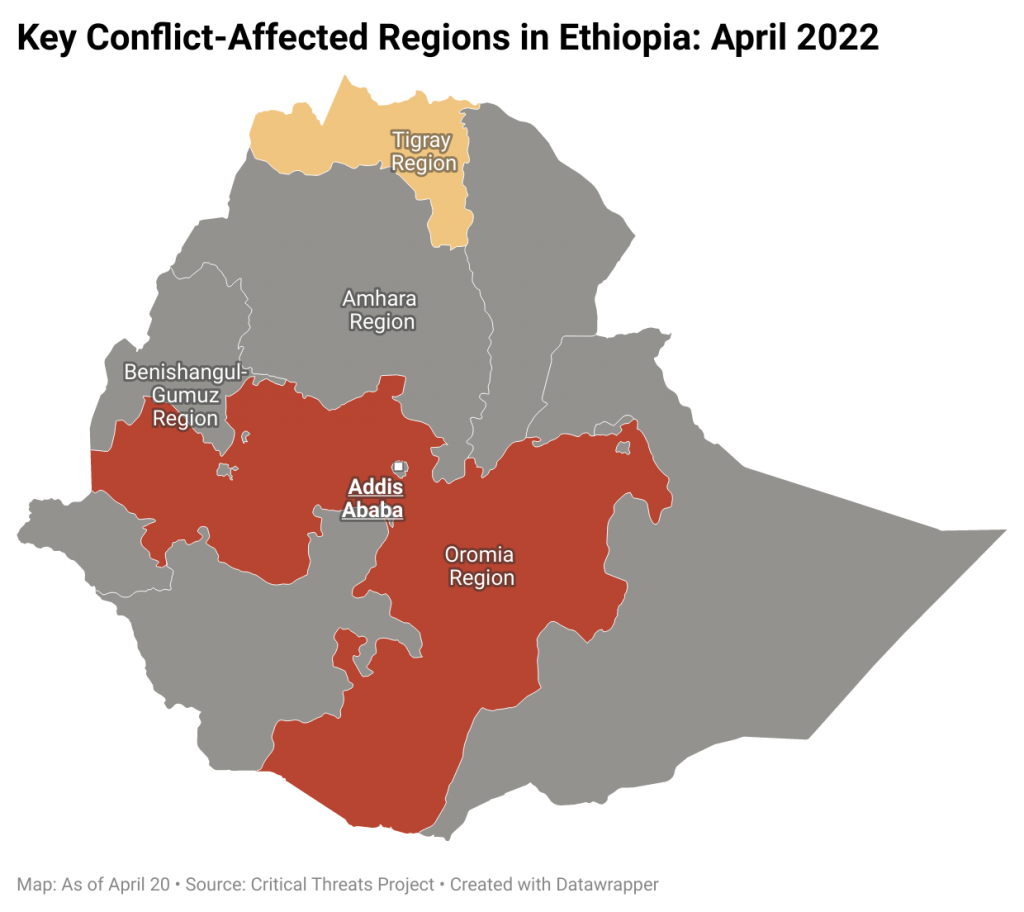 The TPLF and OLA insurgencies are just the latest and loudest examples of the Ethiopian state’s deterioration. The Somali region in eastern Ethiopia also faces a *political and *security crisis. Riots and *intercommunal violence spiked in the South West region and SNNPR in spring 2022, and transnational crime organizations proliferate in the *Gambela region. Conflict spillover and internal security challenges also plague the Benishangul-Gumuz region, where the recently completed—and regionally controversial—Grand Ethiopian Renaissance Dam (GERD) is located.

The security situation is disrupting the Ethiopian economy. Major infrastructure projects, including a *Turkish railway investment, have stalled over security concerns. A regional *transit initiative paused after the OLA captured portions of a transnational highway in November 2021 and again in February 2022. Addis Abba overtook Dakar, Senegal, as the most expensive city in Africa in 2022, as food prices skyrocketed nationwide. Conflict has also *harmed the infrastructure needed to distribute the benefits of the GERD, which is meant to alleviate the high price of *household energy across the country.

The current level of strain on the Ethiopian system is very likely unsustainable and will lead to major changes in national governance, though it is not yet clear whether fragmentation, a change in leadership, or another dramatic outcome is most likely. A return to the pre-2020 status quo is unlikely because the Ethiopian federal government very likely lacks the capability to militarily defeat multiple insurgencies at once. This reality may push Ahmed’s government to negotiate, and in fact it *announced a national dialogue in late 2021. This dialogue excludes the TPLF and the OLA, however, rendering this framework unlikely to end the current conflicts.