Salafi-Jihadi Areas of Operation in the Lake Chad Basin

Islamic State and al Qaeda–linked groups are expanding across Nigeria by taking advantage of multilayered security crises across the country. These groups are primarily based in northeastern Nigeria and the Lake Chad marshes, where the Salafi-jihadi movement in the region originated in the 1990s. The Islamic State West Africa Province (ISWAP) became the dominant group in the region in the late 2010s after splitting from Jama’at Ahl al Sunna lil Da’wa wal Jihad, commonly known as Boko Haram, in 2016. The al Qaeda–linked group Jama’atu Ansar al Muslimin fi Bilad al Sudan, widely known as Ansaru, is also active in Nigeria. These Salafi-jihadi groups have taken advantage of other security challenges, such as banditry and ethnic violence, to spread westward in recent years.

Note: Al Qaeda–linked Ansaru is not included on the current version of the map. Ansaru has generally operated in northwestern Nigeria since it resumed operations in 2020. Bandit groups reportedly inflected heavy losses on Ansaru in Kaduna State in July and August 2022.

Figure 1. Salafi-Jihadi Areas of Operation in the Lake Chad Basin 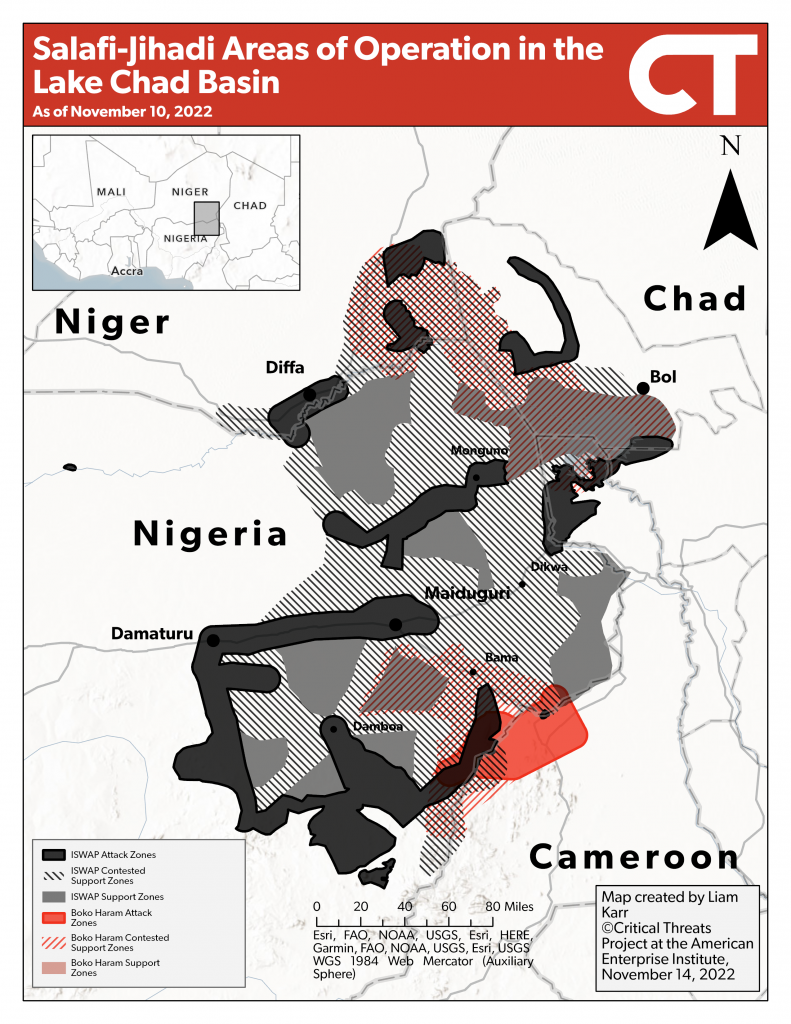 Figure 2. Salafi-Jihadi Areas of Operation in the Lake Chad Region 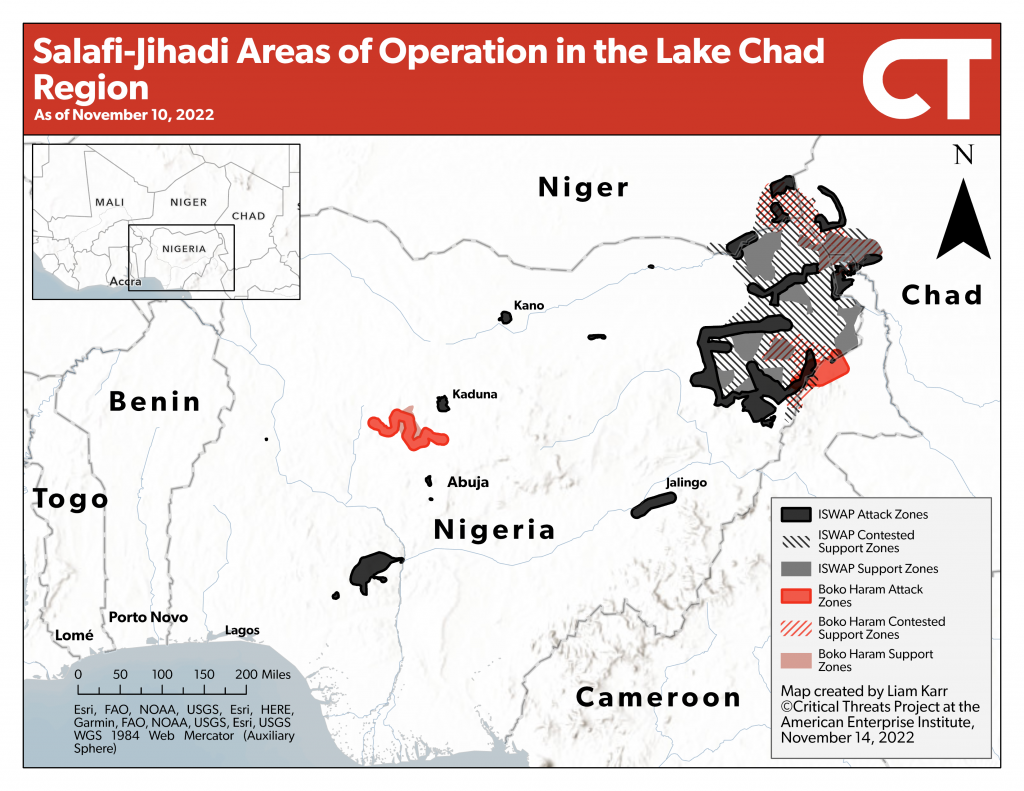 Note: Al Qaeda–linked Ansaru is not included on the current version of the map. Ansaru has generally operated in northwestern Nigeria since it resumed operations in 2020. Bandit groups reportedly inflected heavy losses on Ansaru in Kaduna State in July and August 2022.

Background: The Salafi-Jihadi Movement in the Lake Chad Basin

Abubakr Shekau succeeded Yusuf as Boko Haram’s leader in 2010. The group engaged in extreme violence under Shekau’s leadership, massacring thousands of innocent civilians in northeastern Nigeria. Boko Haram rose to international prominence through notorious attacks like the 2014 kidnapping of the Chibok schoolgirls. The group also operated in the Nigerian capital and south-central Nigeria in the mid-2010s and regularly attacked neighboring countries in the Lake Chad Basin: Cameroon, Chad, and Niger.

Shekau’s radical takfiri ideology, which permitted excessive violence against any Muslim not actively supporting the group, led to the formation of several splinter groups. Some disillusioned members left the group in 2012 and created Jama’atu Ansar al Muslimin fi Bilad al Sudan, widely known as Ansaru, with support from al Qaeda in the Islamic Maghreb (AQIM).

ISWAP and Boko Haram regularly clashed in northeastern Nigeria in the years following the 2016 split, with ISWAP ultimately gaining the upper hand. Shekau killed himself to evade capture by ISWAP fighters in May 2021. Hundreds of Shekau’s followers subsequently defected to ISWAP or surrendered to the Nigerian government. ISWAP is now the dominant group in northeastern Nigeria, although some Boko Haram factions are still active.

The Nigerian counterterrorism strategy has reinforced ISWAP and Boko Haram’s longstanding strength in rural northeastern Nigeria over the last several years. Nigerian security forces shifted strategies to concentrate ground forces in population centers and increase air strikes in rural areas in 2019. This change ceded swaths of rural northeastern Nigeria to Salafi-jihadi groups but decreased attacks on major population centers as militants gathered in smaller numbers to avoid air strikes. Counterterrorism forces launched an offensive into Salafi-jihadi havens in northeastern Nigeria in spring 2022 that has posed the largest challenge to militant control over rural areas since 2015.

Deteriorating security conditions across Nigeria have helped Salafi-jihadi militants expand their areas of operation since 2020. ISWAP has taken advantage of its improved position and widespread instability in Nigeria to build attack cells across the country in 2022, including in the Nigerian Federal Capital Territory. Boko Haram had been active in some of these areas in the 2010s, raising the possibility of ISWAP using pre-established jihadist networks. Other factions, including Ansaru and Boko Haram, have also established themselves in northwestern Nigeria since 2020. This expansion raises the possibility of cross-group collaboration and signals a potent Salafi-jihadi threat outside northeastern Nigeria for the first time since 2017.