The Russian military is reorganizing its military efforts in an attempt to remedy poor planning and execution based on erroneous assumptions about Ukrainians’ will and ability to resist.  Russian operations around Kyiv remain limited as logistics and reinforcements arrive but will likely resume in greater strength in the next 24 hours. Ukrainian military leaders say that they have used the pause to strengthen Kyiv’s defenses and prepare to defend their capital in depth. The Ukrainian military likely cannot prevent Russian forces from enveloping or encircling Kyiv if the Russians send enough combat power to do so, but likely can make Russian efforts to gain control of the city itself extremely costly and possibly unsuccessful.

The Russian military has begun using area-attack weapons in the city of Kharkiv, dramatically increasing the damage to civilian infrastructure and the number of civilian casualties it is causing. It is using tube- and rocket artillery against Kharkiv, and unconfirmed reports indicate that it is also using thermobaric weapons, which can have devastating effects, especially on civilian targets. Ukrainian resistance in and around Kharkiv remains determined, but it is unclear how long Ukrainian defenders can hold if Russia sustains or increases attacks of this variety coupled with ground attacks supported by arriving Russian reinforcements.

Russian advances in southern Ukraine remain slower than they had been in the initial days of the war, possibly due to Russian efforts to concentrate sufficient combat power to conduct decisive operations against Mariupol and, possibly, Zaporizhia.

The next major phase of Russian offensive operations will likely begin within the next 24 hours and play out over the ensuing 48-72 hours.

Ukrainian resistance remains remarkably effective and Russian operations, especially on the Kyiv axis, have been poorly coordinated and executed, leading to significant Russian failures on that axis and at Kharkiv. Russian forces remain much larger and more capable than Ukraine’s conventional military, however, and Russian advances in southern Ukraine threaten to unhinge the defense of Kyiv and northeastern Ukraine if they continue unchecked. 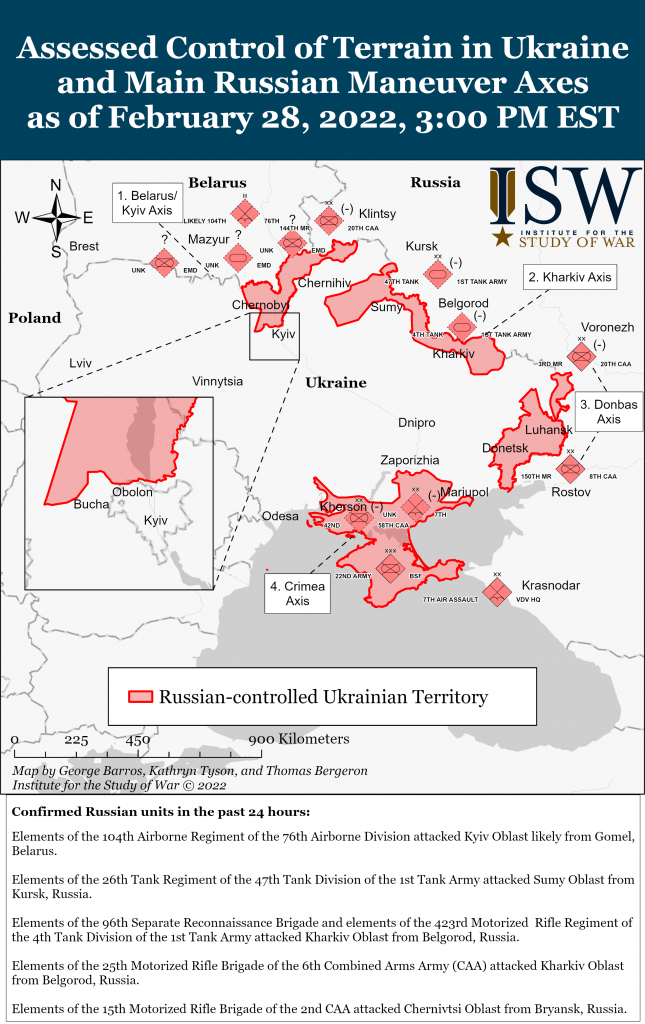 Russian forces increasingly targeted Ukrainian airfields and logistics centers on February 28, particularly in western Ukraine. Russia likely seeks to ground the Ukrainian air force and interdict the ability of Western states to resupply the Ukrainian military. The Ukrainian General staff reported that Russian airstrikes increasingly concentrated on military and civilian airfields and air-defense assets on February 28.[1] Russian forces conducted thirty missile strikes and four airstrikes from 11:00 am local time February 27 to 11:00 am February 28.[2] US intelligence officials reported that Russia has fired 380 missiles, predominantly short-range ballistic missiles, since February 24.[3] The Ukrainian General Staff reported Russian air assets are increasingly targeting Ukraine from Belarusian airspace, though no Belarusian assets have launched operations as of now.[4] The Russian Ministry of Defense falsely claimed to have secured air supremacy over Ukraine on February 28.[5] Russian forces have still not secured air superiority five days into the invasion but likely seek to do so in coming days through increased strikes on Ukrainian air assets.[6] Western military aid to the Ukrainian air force, including EU plans announced on February 27 to send fighter jets to Ukraine, will be crucial in preventing Russian forces from achieving air superiority.[7] Russian forces likely seek to interdict US and European aid shipments through western Ukraine.

Russian ground forces are advancing on four primary axes, discussed in turn below:

1. Kyiv axis: Russia deployed additional heavy forces and artillery it has so far failed to employ in assaults on the city to the western approach to Kyiv on February 27-28. Russian forces will likely launch a renewed assault on western Kyiv on March 1. Attacks by Russian light forces on the outskirts of the city failed to make progress on February 28. Ukrainian forces are unlikely to capitulate.

2. Northeast axis: Russian forces began using heavy artillery against central Kharkiv on February 28, indicating a dangerous inflection in Russian operations as the Kremlin chooses to use fire assets it has held in reserve to date. Russian forces additionally resumed limited advances in northeastern Ukraine on February 28 after an operational pause on February 26-27. Ukrainian forces continue to delay and inflict losses on the Russian advance but will likely not be able to halt further advances if the Kremlin commits additional reserves.

3. Donbas axis: Russian and proxy forces resumed assaults on Ukrainian forces defending Mariupol from the east and deployed additional artillery and anti-tank guided missile (ATGM) assets to the Mariupol front line on February 28. Russian forces may attempt a renewed assault on Mariupol in the coming days. Russian forces likely intend to pin Ukrainian forces in place on the line of contact to enable Russian forces breaking out of Crimea to isolate them. The Russians may be content to leave them there while concentrating on capturing Kyiv and imposing a new government on Ukraine. They may alternatively seek to encircle and destroy them or force them to surrender.

4. Crimea axis: Russian forces continued limited advances on two axes out of Crimea—north toward Zaprozhia and west toward Mykolayiv, reaching the outskirts of Mykolayiv on February 28. Russia may struggle to fully supply both axes of advance and may be forced to choose which advance to prioritize.

Russian and Belarusian forces may be preparing for an additional line of advance from Belarus into Western Ukraine. The Belarusian 38th Air Assault Brigade deployed to Kobryn, near Brest in southwestern Belarus, on February 28.[30] The Ukrainian General Staff reported on February 28 that there is a high likelihood of Belarusian forces joining Russian operations.[31] ISW previously reported a Russian armored column assembling in Stolin, Belarus, on February 25 to support a possible advance into Rivne Oblast in western Ukraine.[32] Russian forces have not launched a ground attack as of this publication. A Russian offensive in western Ukraine would likely seek to cut Ukraine off from ground shipments of Western aid through Poland, Slovakia, and Hungary. However, Belarusian airborne forces would likely face similar difficulties to previous, failed, Russian airborne operations against Kyiv if they attempted airdrops. 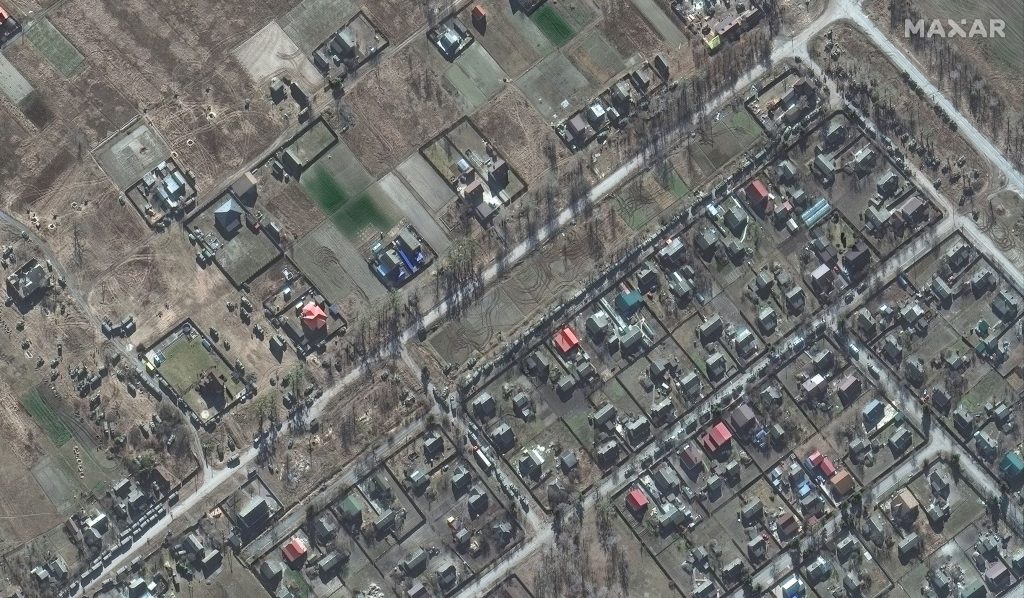 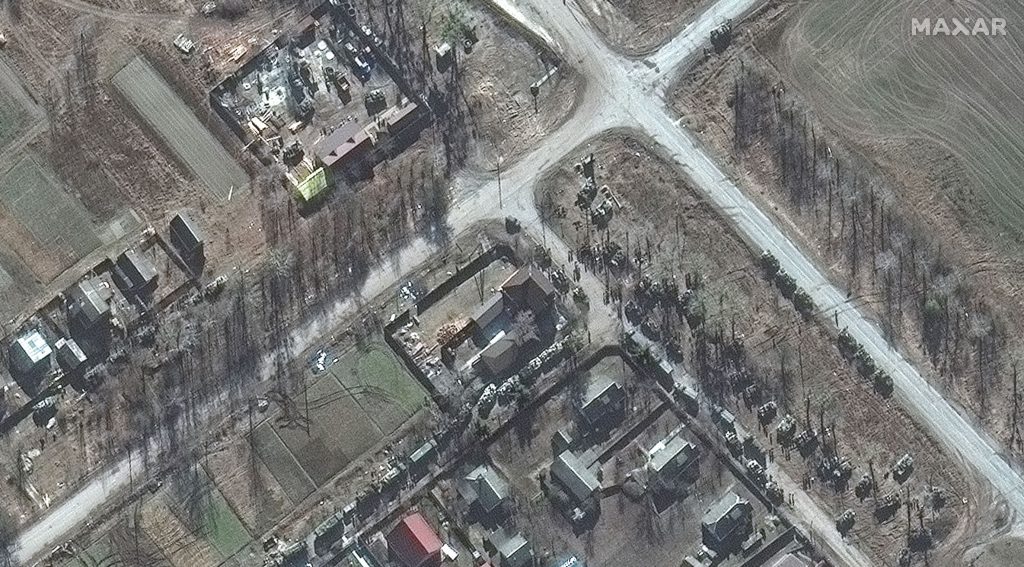 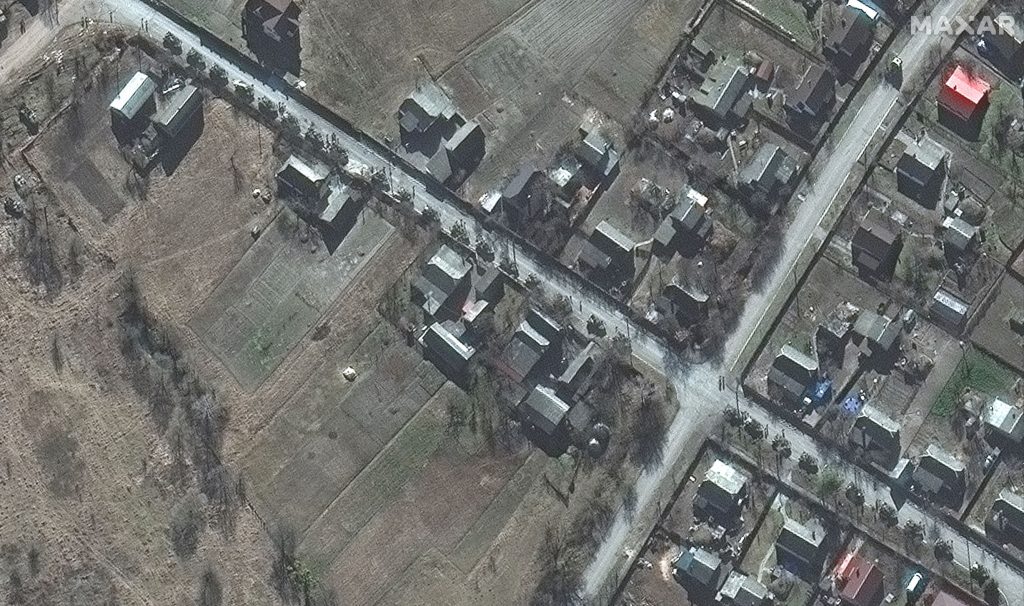