Russia Is Intervening in Libya. Should We Care?

The U.S. has abandoned its partners in the fight against ISIS, and the Russians are capitalizing on the void. Middle Eastern rivals are duking it out to choose the government of a failed state, which collapsed into civil war after an Arab Spring revolution. Salafi-jihadi groups like ISIS and al Qaeda are preparing to stage a comeback in the chaos.

Libya cracked the crowded U.S. headlines this week with the news of growing Russian military intervention in the embattled North African country. Thousands of Russian mercenaries from the infamous mercenary Wagner Group have joined the conflict since September, signaling the Kremlin’s intent to shape the result of Libya’s long-running civil war.

Libya descended into civil war after the fall of longtime dictator Muammar Qaddafi in 2011. Since April, would-be strongman Khalifa Haftar has been trying to seize Libya’s capital, Tripoli. Haftar’s forces are besieging the UN-backed Government of National Accord (GNA), and with it, many of the same militiamen who fought with U.S. support against ISIS in Libya in 2016. The GNA, receiving barely lukewarm support from the U.S. and Europe, has accepted Turkish military aid. The war has been largely stalemated for months but is causing mounting civilian casualties and destabilizing other parts of the country, including areas where ISIS is active.

Why are the Russians there?

Moscow is attempting to help Haftar’s forces break the stalemate in Tripoli by deploying private military contractors (which provide a degree of plausible deniability and risk mitigation). The Kremlin’s interests in Libya include acquiring military basing on the Mediterranean, inking economic deals to mitigate sanctions’ effects, and securing influence over hydrocarbon exports and migration flows that serve as another leverage point on Europe. Libya is also a vector for Moscow to strengthen ties with other Haftar backers, notably Egypt, the UAE, and Saudi Arabia, as it tries to peel them away from the U.S. sphere of influence. Moscow’s potential kingmaking in Libya reflects broader Russian ambitions in Africa that include expanding its military footprint and establishing an alliance network and information space that will allow Russia to challenge the U.S.-led world order. 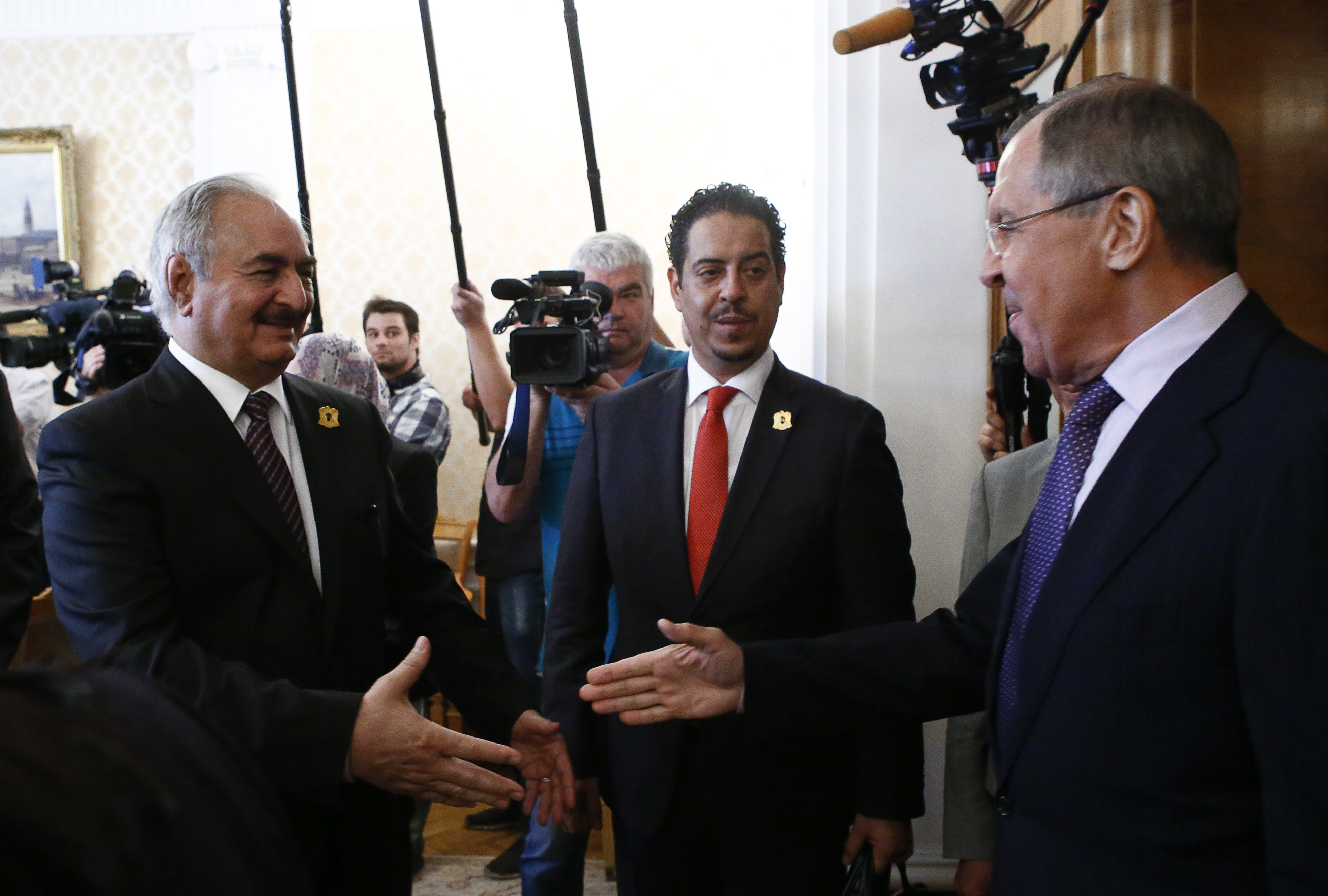 That’s bad, but we don’t want to get involved in Libya. Why not let the Russians and Haftar fix it?

They can’t and won’t. Haftar is not capable of securing Libya. He has failed to even enter Tripoli after eight months of fighting with significant foreign support and is now upping salaries and deploying police to keep up the fight. Haftar’s campaign to control Benghazi took years and destroyed much of the city, and the eastern Libyan economy is a house of cards sustained by Russian-printed banknotes. Haftar’s fractious coalition could erode quickly. And if he (age 75) dies, all bets are off.

Even if he were more effective, Haftar's methods would undermine U.S. national security interests. He wants to be the sole ruler of Libya and will spoil any serious attempt at national reconciliation. Haftar and several of his backers (notably Egypt, the UAE and Saudi Arabia) are fighting to deny any role for political Islamists (like the Muslim Brotherhood) in government. In doing so, they deny space for peaceful Islamist participation (by parties that aren't popular anyway) and in turn, strengthen the case of more hardline Islamist militias and Salafi-jihadi groups. Haftar promises to fight Salafi-jihadi groups, and has done so in some cases—but he also sat out the 2016 U.S.-backed campaign against ISIS and used it as an opportunity to outmaneuver his rivals—who did join the counter-ISIS fight—for control of oil fields.

Russia may claim to pick up the counterterrorism mantle in Libya, but we should not allow ourselves to be fooled as in Syria. The Kremlin frequently uses counterterrorism as justification for establishing military positions that serve other objectives (as in Syria), and its approach—enabling harsh crackdowns and bolstering repressive anti-Islamist regimes—worsen the conditions that strengthen Salafi-jihadi insurgencies over time.

So what should the U.S. do?

Ending the various threats from Libya—terrorism, mass migration—and addressing the humanitarian crisis requires ending the war. The foreign support for war, including arms, fighters, and funding, needs to stop for the Libyans to have a hope of ending the conflict. U.S. diplomatic leadership is required. (And no, the Europeans cannot handle it instead. Europe, of course, has the greater interest in Libya, on migration, terrorism, and oil. But a deep divide between France and Italy on the Libya file will prevent any effective response.)

The U.S. can take a simple first step by sharing what information we can to name and shame those actors that are most egregiously driving the Libya conflict. The Wagner Group is one. Haftar is another. Both his U.S. citizenship and his continued protection of a commander accused of war crimes, are potential leverage points. The UAE is another, especially as the UN investigates likely Emirati responsibility for an airstrike on a migrant center near Tripoli.

Of course, the U.S. can continue business as usual in Libya. We can help strengthen the GNA’s economic institutions and keep the oil flowing, and mow the grass as ISIS regroups over and over. But then we should not be surprised when the war undoes our efforts, and Libya in 2021 is much more dangerous than it is today. 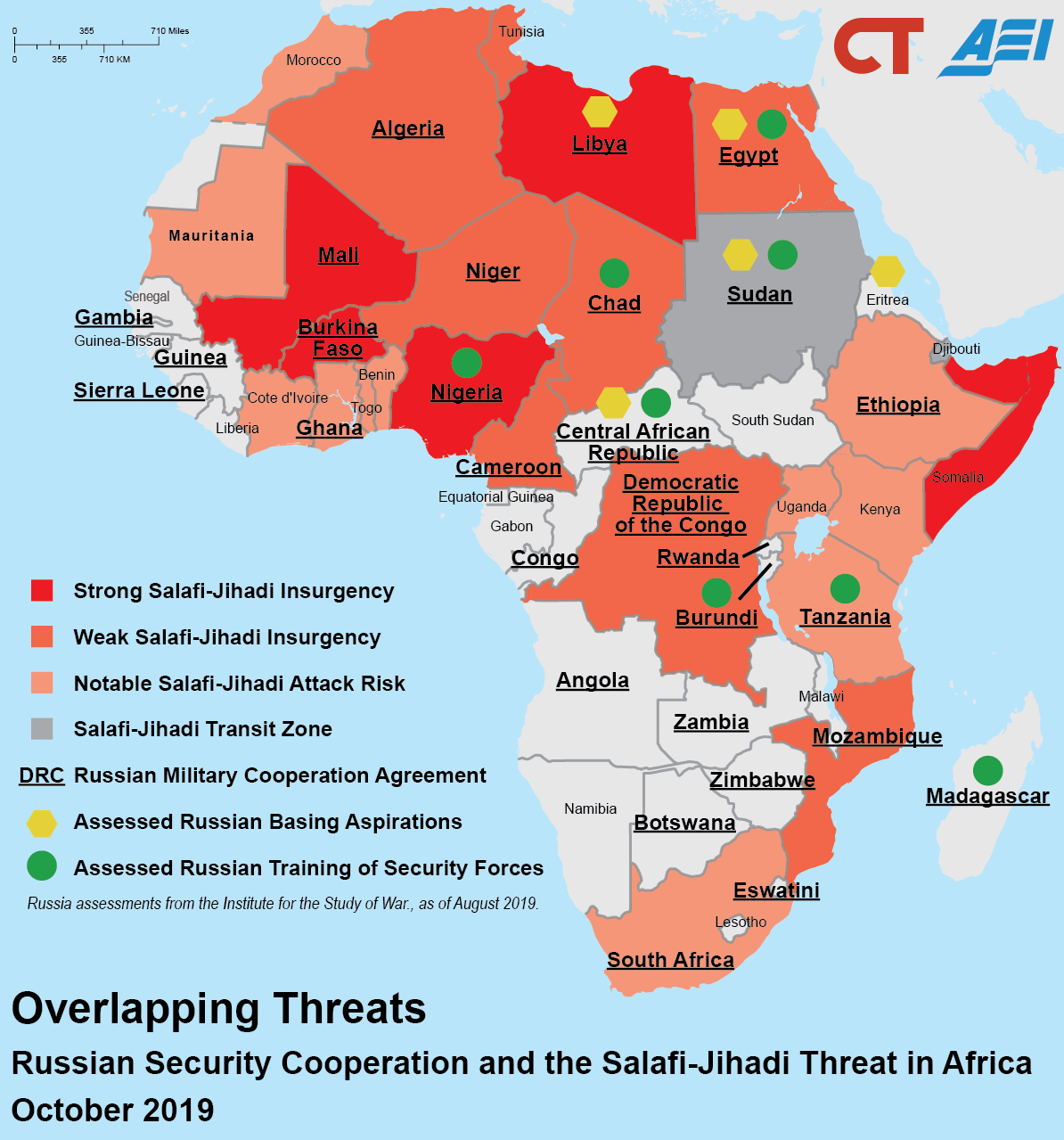