[Notice: The Critical Threats Project frequently cites sources from foreign domains. All such links are identified with an asterisk(*) for the reader's awareness.]

Below are the takeaways from the week:

The Iranian regime might violate the nuclear deal in the near future. Tehran *announced that it will quadruple its low-enriched uranium production rate on May 20. This production increase does not violate the deal. Iran could quickly exceed its mandated uranium stockpile limit, however, which is a violation. The regime previously *announced that it no longer recognizes the stockpile restriction. Europe could reimpose sanctions if Iran exceeds the stockpile limit.

Review our edition from the Iran File from earlier this month.

The al Houthi movement  is targeting Saudi and Emirati interests as part of an Iranian-backed campaign against the US and partners in the Middle East. Al Houthi drones attacked a Saudi pipeline on May 14 shortly after likely Iranian-linked actors attacked tankers off the Emirati coast. The al Houthi movement then announced a campaign against military sites in Saudi Arabia and the UAE and launched ballistic missiles into Saudi Arabia. 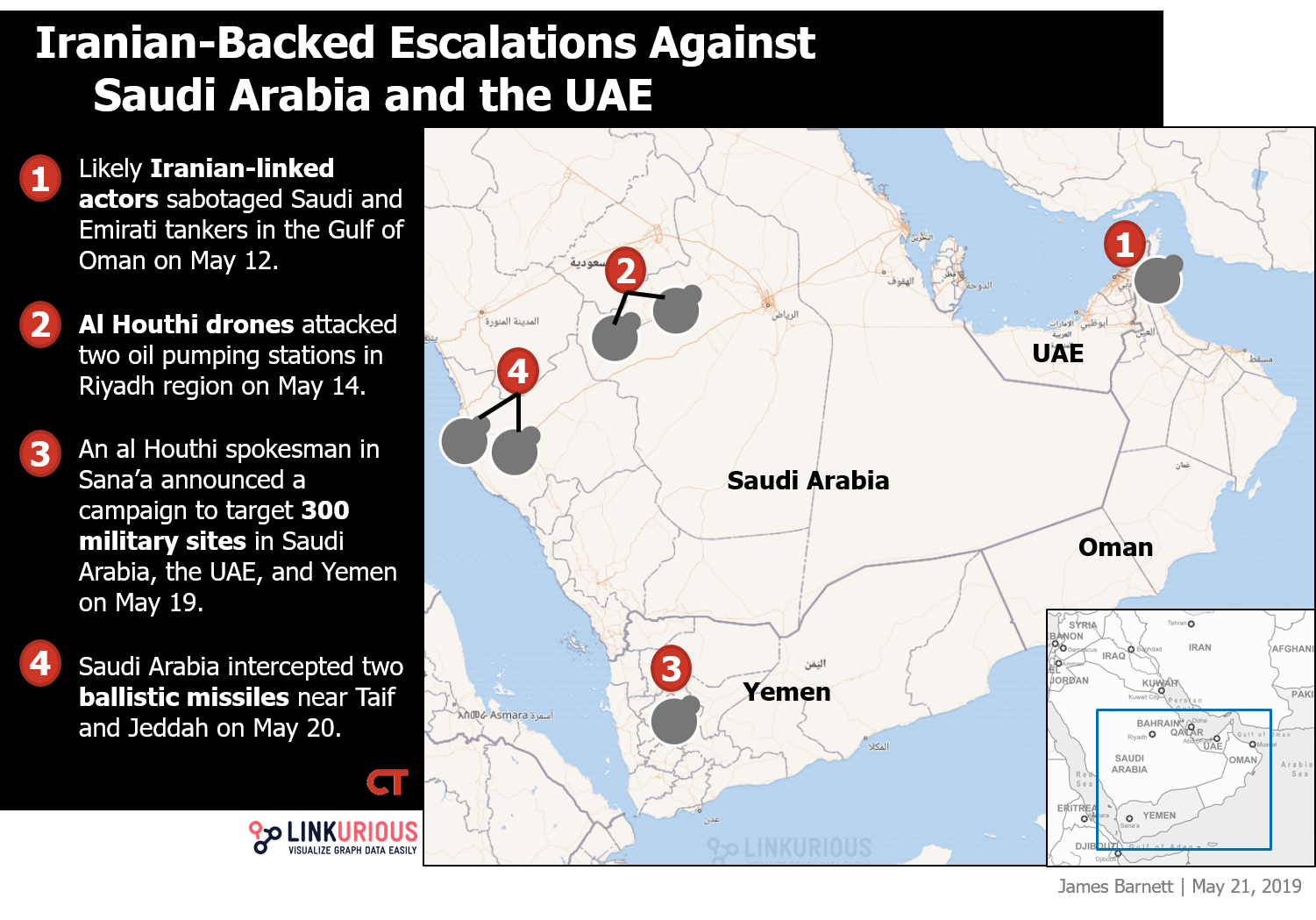 Al Shabaab is increasing attacks  on Somalia’s capital, Mogadishu, and Kismayo port city as part of a surge coinciding with Ramadan. The recent repositioning of Kenyan forces in southern Somalia may have reduced pressure on al Shabaab and allowed the group to adopt a more offensive posture around Kismayo. Al Shabaab may attack Christians in neighboring Kenya during Ramadan to exacerbate ethnic tension and expand support among Kenyan Muslims.

Sign up to recieve updates on the Threat Update