Massive protests in the Belarusian capital of Minsk have naturally seized the world’s attention. But Belarusians are protesting throughout the entire country and in almost every significant urban area. Most protests outside Minsk are relatively small and have been peaceful despite persistent intimidation from Belarusian authorities and regime-organized counter-protests. The extent of the protest wave suggests no significant regional variations in opposition to Alexander Lukashenko. This pattern contrasts with that observed during the 2014 Euromaidan protests in Ukraine, which saw significant regional differences. Lukashenko appears to have alienated the Belarusian population across the board and brought into being a country-wide opposition to his oppression and possibly to his continued rule. 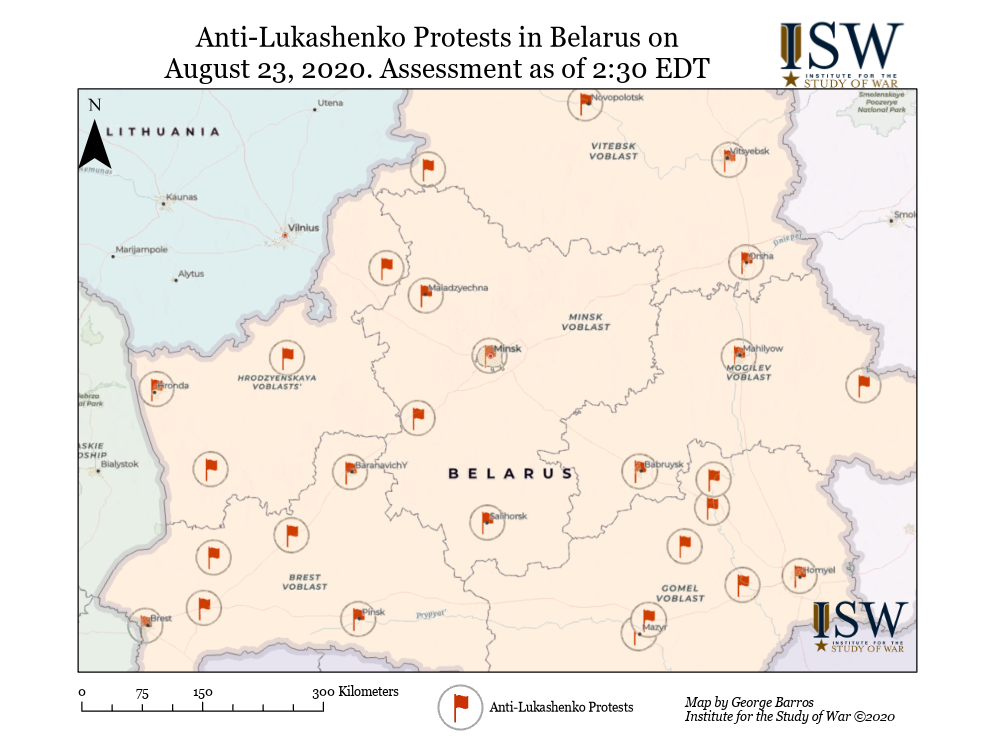