In Algeria, Hope for the Best but Prepare for the Worst

Algerians are taking to the streets to protest their ailing president’s run for a fifth term. Enthusiasts have labeled the uprising the late arrival of Algeria’s Arab Spring, but too few recognize potentially grave implications.

Algeria has been a bastion of stability in an extremely unstable neighborhood. It has suppressed al Qaeda in the Islamic Maghreb (AQIM) and the Islamic State of Iraq and al Sham (ISIS) internally and countered them on its borders with Tunisia and Mali. And Algeria has held steady against state collapse in neighboring Libya and Mali while playing diplomatic roles in both. Now it too is part of the problem.

The not-unlikely worst case scenario—the destabilization of Algeria, or even its collapse—would dramatically worsen the Salafi-jihadi threat, open another North African coastline to mass migration to Europe, and send ripples of instability through regions already wracked by conflict and poor governance.

Cui bono? As always, al Qaeda and ISIS, and other Salafi-jihadi groups. The Salafi-jihadi movement has expanded remarkably in Africa in the past eight years, in part due to the conditions created by the Arab Spring uprisings. AQIM, originally an Algerian group, is now at the vanguard of a Salafi-jihadi mobilization that reaches from the Mediterranean to the Gulf of Guinea. Salafi-jihadi groups in the western Sahel region, to Algeria’s south, are spreading toward the capitals of Mali and Burkina Faso. AQIM and ISIS also have havens in southwestern Libya, bordering Algeria—a region falling into proxy conflict amid Libya’s unresolved civil war. 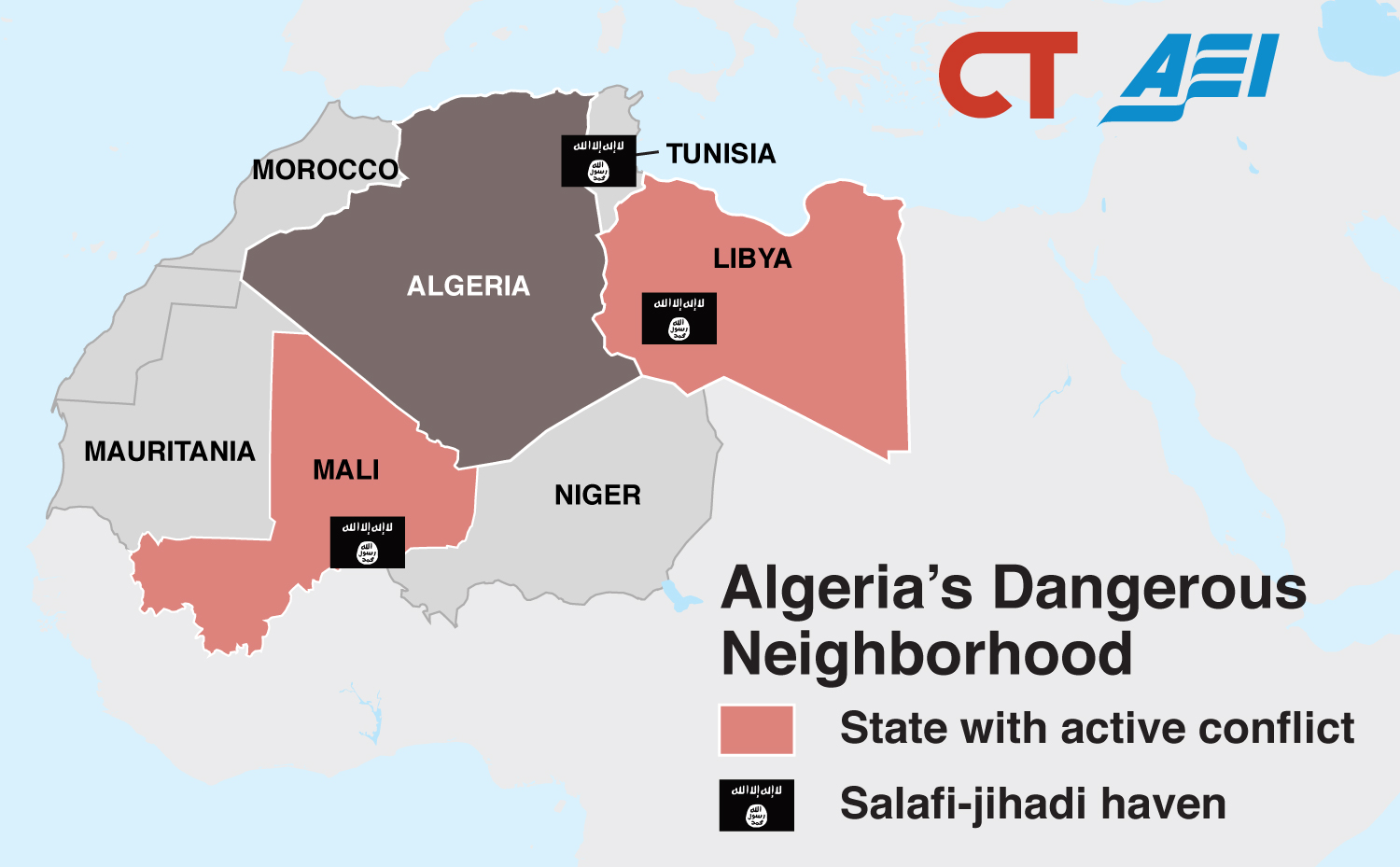 For many Americans, these are unknown lands, but the United States must take the threat seriously. Salafi-jihadis based in Africa have facilitated attacks in Europe. They have not yet attacked the U.S. directly but are progressing in reach and sophistication toward capabilities that will enable them to do so.

All of this is happening as the Trump administration draws down the U.S. military footprint in Africa and pivots away from counterterrorism. Our main ally in this region, France, is overstretched. This already grim picture grows darker if Algeria falters. The Salafi-jihadi movement is positioned to benefit from changing dynamics in North Africa just as the U.S. is opting out.

The solution is not preserving or reinstating a dictator in Algeria. Repressive regimes may keep a lid on extremism for a time, even decades, but they have an inevitable expiration date. Rather, the U.S. must be prepared to offer assistance in Algeria’s democratic transition. And the U.S. must have a plan—and military and intelligence assets—in place to safeguard regional counterterrorism efforts should Algeria destabilize or collapse. More broadly, the U.S. must not abandon Africa, which will only become more important in the coming decades. Change is at hand, and with it risks and opportunities that we cannot afford to ignore.

The greatest mistake the Trump administration can make is to walk away from Africa at the very moment American leadership against terrorism and instability is most needed.