The Islamic Republic of Iran will hold presidential elections on June 18, 2021.  Presidential term limits preclude President Hassan Rouhani from running again, ensuring a transition of executive power.  The role of the presidency in Iran’s political system is complex and considerably more constrained than in most other presidential systems.  Supreme Leader Ayatollah Ali Khamenei makes most key decisions and controls the Islamic Republic’s policies as well as its security services, which the president does not command.  But the presidency remains important in shaping the government’s formal budget and serving as the regime’s public face in diplomatic and economic negotiations.  He also sits on a number of important regime councils, including the Supreme National Security Council that advises the Supreme Leader.  Iran’s president, above all, can sometimes push the regime toward harder-line policies or push back against such policies.  Rouhani has generally sought to delay and limit efforts of other regime power centers to increase the regime’s authoritarian control over its people and Iran’s economy.  His successor is likely to accelerate such efforts.

This presidential election is significant because it may be intertwined with the question of Khamenei’s successor as supreme leader.  Two clerics have emerged as the most obvious contenders, for now:  Mojtaba Khamenei, the supreme leader’s second son, and Ebrahim Raisi, head of Iran’s judiciary.  Raisi registered to run for president after Khamenei and many others pushed him to do so.  His success in the election may offer important insights into the prospects for the succession of the most important position in the regime and, thus, for the future direction of Iran. 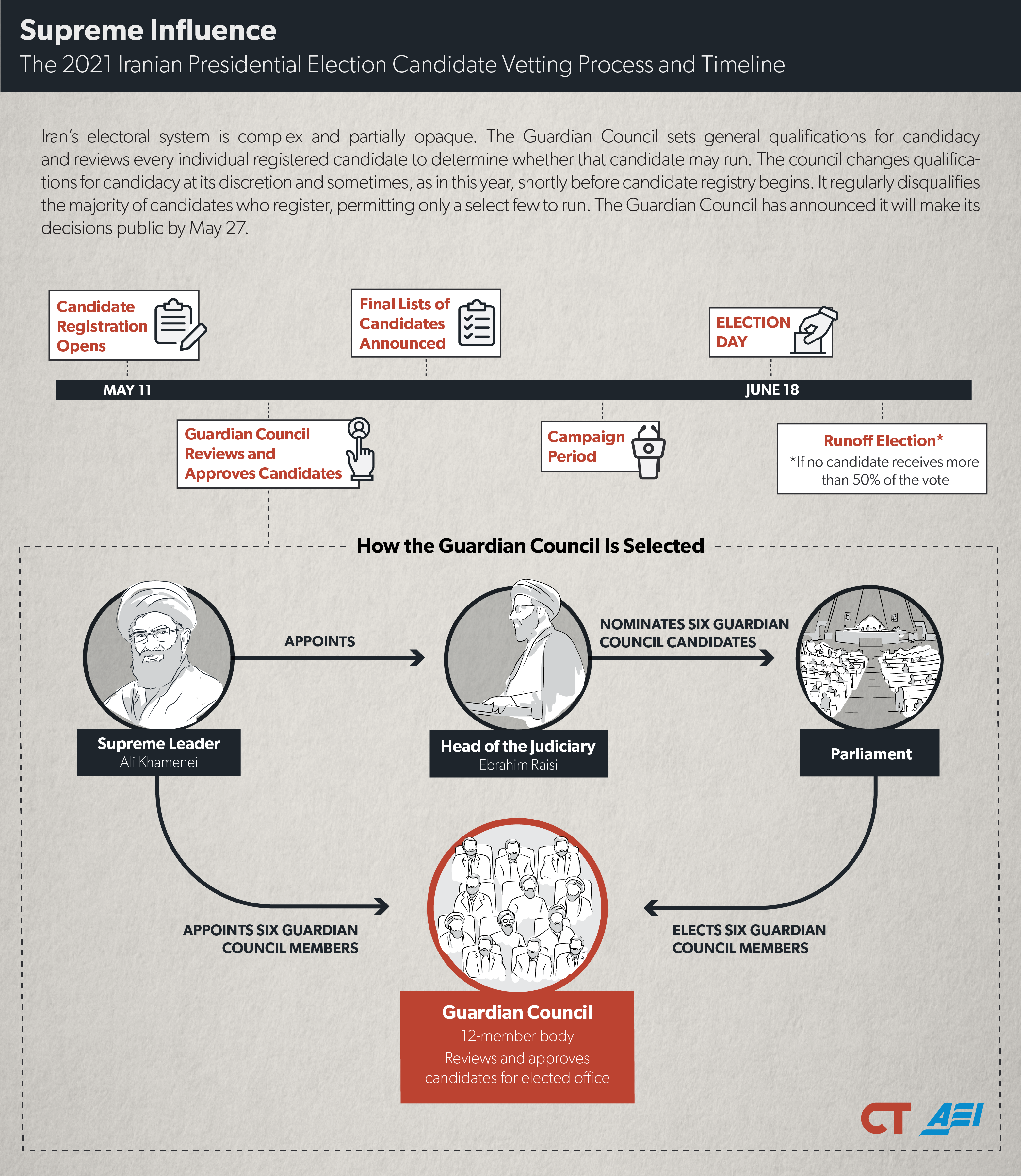