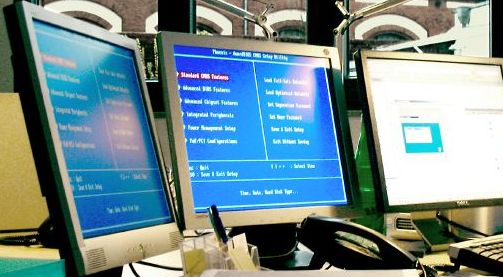 Of the various safe havens and unmolested spaces inhabited by Al Qaeda and its affiliates in the aftermath of 9-11, few, if any, refuges have proven more integral to the success of the global jihadist movement than the one “sanctuary” that has transcended international boundaries, ignored ethnic divides, and remained relatively impervious to the efforts of security and law enforcement agencies: the Internet. Though Al Qaeda’s foray into the realm of virtual reality over the past decade has atomized the jihadist movement, the diffusion of ideas and dissemination of propaganda across cyberspace has helped to ensure that its vision—and lethal potential—endures in a post 9-11 world. It is not a hyperbole to suggest that, in creating an online empire replete with websites offering training manuals, chat forums, and macabre videos of the latest suicide bombing and attack, Osama bin Laden’s diffuse movement has revolutionized the conduct of jihad.

To be sure, the Internet has become one of the most important arrows in Al Qaeda’s quiver. No longer is physical distance, for instance, an impediment to recruitment or tactical planning; with the click of a mouse, Al Qaeda’s foot soldiers can download everything from Abu Yahya al-Libi’s sermons to bomb-making tutorials—all with virtual anonymity and impunity. Indeed, extremists no longer need to rely largely on the mosque as a venue to incite and rally the faithful. For jihadists, as with other segments of the population, the Internet has become a powerful force-multiplier in its ability to bring together likeminded individuals who might not otherwise come into contact. In fact, perhaps even more common is its power to strengthen relationships initially forged in the training camps and on the battlefields. Still, irrespective of cyberspace’s networking capabilities, if one of the ultimate aims of jihadists remains the generation of publicity, no other technological innovation would seem to give Al Qaeda a greater means of engaging in “perception management,” communicating in real-time, and circumventing traditional media than the Internet.

For Al Qaeda, use of the cyber medium is also advantageous because it has proven so hard to counteract. Although web forums and message boards such as Al-Hesbah and Al-Ekhlaas have been staples of the online Al Qaeda universe—and have thus been subject to repeated shutdowns, jihadist websites have tended to lead a nomadic existence, frequently migrating to new servers and password-protected sites in order to the evade the best efforts of vigilante and watchdog groups determined to put them out of business (intelligence agencies may be less likely to shut down such sites given that they supply a treasure trove of information). If the Internet provides Al Qaeda with a considerable degree of maneuverability, though, it also affords it an opportunity to reach out to an important target audience: the West. Through video-sharing and social networking sites like YouTube and Facebook, Al Qaeda has sought not necessarily to appeal to financiers, potential recruits, or passive sympathizers in the Arab and Muslim world, but to English-speaking youth in the United States and Europe. In May 2009, for instance, al-Shabaab, a militant Somali group affiliated with Al Qaeda, released a slickly produced video in English set to a hip-hop beat. Such propaganda is undoubtedly part of a broader attempt to attract a new following and undercut public confidence in Western governments.

The jihadist presence online, of course, is a relatively new phenomenon. Websites and forums tied to the global jihad existed well before 9-11, but they have metastasized in the wake of the 2003 war in Iraq, when the late Al Qaeda in Iraq emir Abu Musab al-Zarqawi successfully harnessed the power of the Internet and information technology on the world stage. Indeed, among the constellation of groups making up the Sunni insurgency in Iraq, the act of videotaping roadside bombings and then uploading the footage online for near instantaneous consumption soon became as significant as staging the initial attack itself. While such videos today are often overshadowed by the infrequent pronouncements of Osama bin Laden or Ayman al-Zawahiri on Al Jazeera, they and other forms of daily online communication have become the true glue of a so-called “electronic jihad”—a jihad whose manifestations in recent years have proven to be all too real.

For international jihadism, the Internet is without a doubt the most cost-effective means of recruitment, messaging, and coordination. While providing a glimpse into the lethal realities of jihad, through explicit footage of operations and executions, jihadist cyberspace also reflects the shared dystopian fantasies of its users, through virtual groups and ventures with little or no footprint in the real world. It is, however, the crossover, even if only occasional, from these fantasies to hard reality, in the form of self-indoctrinated youth financing their own travel to seek homicidal martyrdom in a distant land, that represent the primary value of the Internet from the jihadist perspective.