The Pakistani military on June 15 declared that it had launched a “comprehensive” operation against militant safe havens in North Waziristan Agency of Pakistan’s Federally Administered Tribal Areas (FATA).[1] The long-awaited offensive comes one week after the Tehrik-e-Taliban Pakistan (TTP) and Islamic Movement of Uzbekistan (IMU) audaciously attacked the  international airport in Karachi, Pakistan’s largest city.[2] It also follows the recent resumption of U.S. drone strikes inside Pakistan after nearly a six-month gap.[3]

The operation is targeted against the TTP, the main Taliban umbrella group in Pakistan, and its foreign militant allies such as IMU and al Qaeda. Military officials claim that the operation is being conducted along the same lines as the 2009 offensive in Pakistan’s Swat valley, and involves between 25,000 to 30,000 ground troops in addition to air assets.[4] Similar operations in the past involved the mass evacuation of the local population, airstrikes against militant targets and a subsequent ground incursion.

The physical and human terrain of the battlefield will have a large impact on the conduct and outcome of an operation prosecuted on this scale. Given that North Waziristan has played host to a mélange of militant groups that have spent years living among the local population and developing a sophisticated terror infrastructure to support attacks inside Pakistan, across the border in Afghanistan, and as far afield as the U.S. homeland, understanding the battlefield is crucial in determining the effectiveness and outcome of Pakistani military’s operations.[5]

North Waziristan is a generally mountainous region, with some of its ranges higher than 3,000 meters (9,800 feet), including the Shawal mountain range in the agency’s southwest. The highest mountain in North Waziristan is almost 3,350 meters (11,000 feet) in elevation. That said, the terrain is more forbidding generally in its southern and western parts, and large expanses of North Waziristan are covered by flat scrubland. While the terrain is difficult to maneuver, it is not any more so than South Waziristan, and significantly less so than Swat district, where the Pakistani military launched a large-scale military operations in 2009. 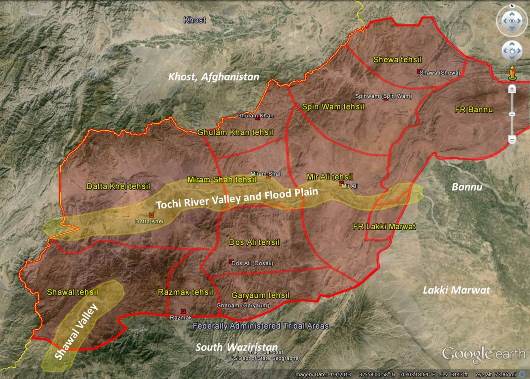 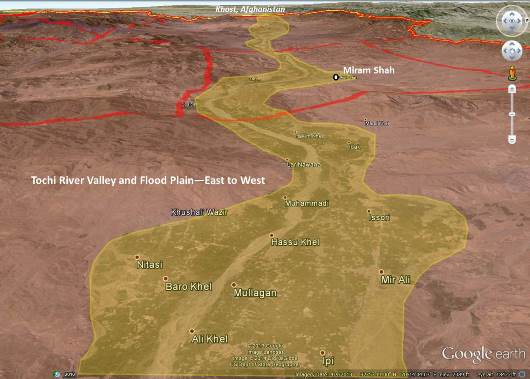 North Waziristan is part of the Federally Administered Tribal Areas, a semi-autonomous region of Pakistan that, while technically part of the Khyber-Pakhtunkhwa, is administered at the federal rather than the provincial level.

Contrary to claims that the area is “lawless,” the FATA is governed by a legal code known as the Frontier Crimes Regulation (FCR), a British colonial-era set of laws governing the relationship between frontier Pashtun tribes and their customary law, and the federally-appointed representative to each agency known as the Political Agent (PA). Provincial and federal legislation do not apply in the FATA.

The defining feature of the FCR is that of “collective responsibility,” where whole tribes are answerable to the PA for the actions of their individual members or incidents within their territorial areas. The PA is the President’s appointed representative to the region, serves as a district magistrate, and co-ordinates with tribal maliks, (i.e. local Pashtun tribal chieftains) who govern day-to-day life in their respective tribal areas. The current PA for North Waziristan is Siraj Ahmed Khan.[6] 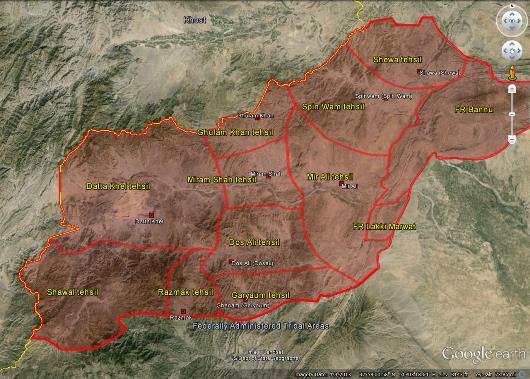 North Waziristan is roughly the size of the U.S. state of Rhode Island. According to the last census conducted in Pakistan in 1998, the population of North Waziristan is 361,246. The population has increased significantly since then, however, and is now likely closer to 492,608.[7] According to the 1998 census, the average literacy rate is about 17.5 percent (women’s literacy is estimated at about three percent).

Most of North Waziristan’s population is concentrated near key river valleys such as the Khaisora and Tochi river valleys.

North Waziristan is populated almost exclusively by Pashtuns adhering to a deeply conservative and traditional tribal culture. Two main tribes dominate the demographic landscape in North Waziristan, the Wazirs and the Daurs. A number of smaller tribes are also present in pockets of the agency.

Utmanzai Wazirs: A branch of the Wazir tribe and the main tribe in North Waziristan. The Utmanzai Wazirs are made up of Pashtun Sunni Muslims.  They are the cousins of the Ahmedzai Wazirs, the main tribe in neighboring South Waziristan. Hafiz Gul Bahadur, the main Taliban leader in North Waziristan is from the Utmanzai tribe, as are the majority of his group’s members. Bahadur also plays the role of primary host to the Haqqani Network in areas of North Waziristan under his control.[8] The Utmanzai are thought to be among the most powerful tribes in the FATA[9].  They are primarily located in the Khaisora, Kaitu, and upper Tochi valleys, as well as the Sherathala Plain and lower parts of the Kurram River.[10] Bahadur used to maintain a peace agreement with the Pakistani military that gave his group de facto control over much of North Waziristan. The deal had held, with some brief interruptions, since it was first signed in September 2006, but on May 30, 2014, Bahadur declared that the Pakistani military’s conduct of airstrikes in North Waziristan and preparation for a military offensive had violated and abrogated the agreement.[11]

Daurs: The second major tribe in North Waziristan, also composed of Pashtun Sunni Muslims.  They are thought to be mostly allied with the Wazirs in the region, and are located almost exclusively in the Tochi River Valley past Kharakamar.[12]  They are subcategorized as upper Daurs or lower Daurs, based on their location in the upper or lower part of the Tochi Valley.[13]

Kharsin: A relatively small tribe of Pashtun Sunni Muslims living in North Waziristan and Afghanistan.  They primarily reside on the Afghan border in the northwest of the agency.[14]

Saidgis: A small tribe of Sunni Muslims in North Waziristan, who are allied and integrated with the Wazirs.[18]  They primarily reside in the Zoi Valley, Shawal, Dawegar, and Dande Plain near the Afghan border.[19]

Gurbaz:  A small Pashtun tribe of Sunni Muslims living in North Waziristan and Afghanistan.  They are allied with the Wazirs and Daurs, and are by some reports considered de facto members of the Wazir tribe. They primarily reside in the Shawal area in the southwest of the agency.[20]

Zadran (AKA Jadran):  While the tribe resides almost exclusively on the Afghan side of the border in Paktika and Khost provinces, militant elements of this tribe have been known to take haven in North Waziristan with the consent of native tribes.[21] Jalaluddin and Sirajuddin Haqqani, leaders of the notorious Haqqani Network, are members of this tribe and have extensive operations in North Waziristan.[22]  The Haqqani Network also has significant influence in the western part of the agency, near the Afghan border.[23] 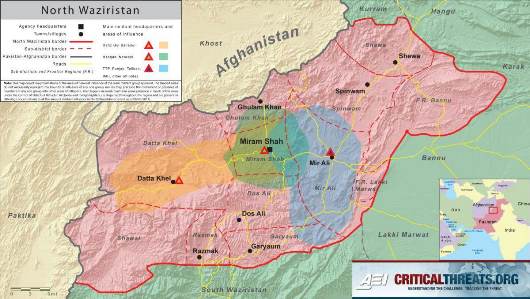 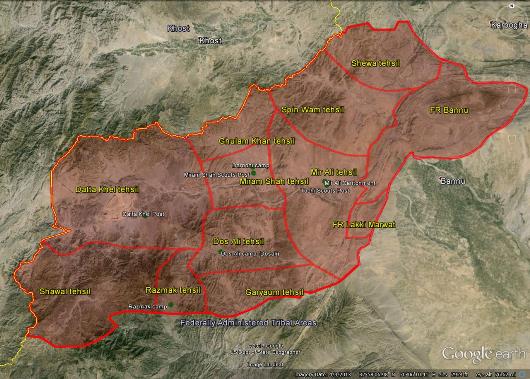 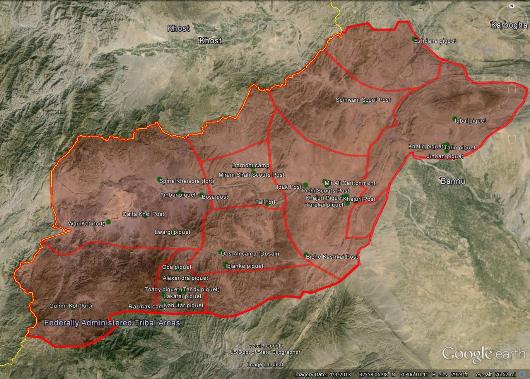 Karen Schwindt and Andrew Brown made significant contributions to the reserach on which this report is based; their hard work is greatly appreciated.