North Waziristan agency in Pakistan’s Federally Administered Tribal Areas (FATA) has been described variously as “the epicenter of global terrorism” and “the most dangerous place on earth.” It is home to some of the world’s most virulent insurgent and terrorist networks, including al Qaeda, the Haqqani Network, the Tehrik-e-Taliban Pakistan, Lashkar-e-Taiba, Lashkar-e-Jhangvi and others. Recent reports indicate that Pakistan may be gearing up to launch a long-awaited military operation in the agency.

The Critical Threats Project has produced a map of North Waziristan agency depicting the main areas of influence of the key power brokers and militant groups present in the agency. Please find the most current version below. 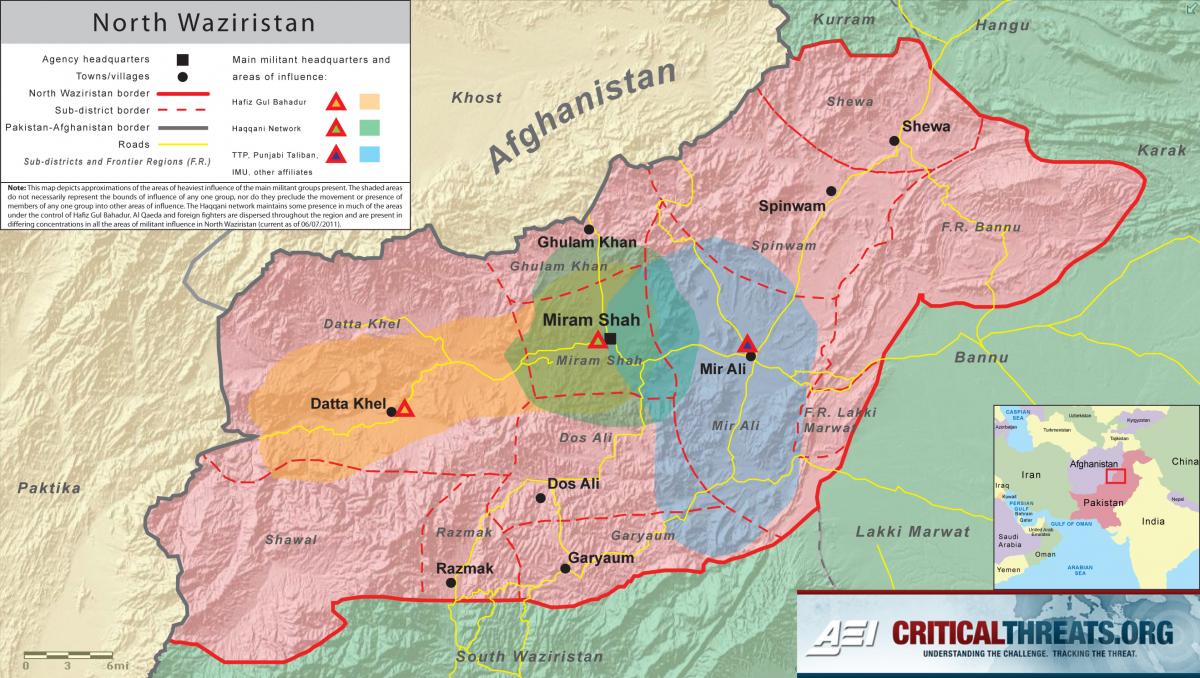 Note: This map depicts approximations of the areas of heaviest influence of the main militant groups present. The shaded areas do not necessarily represent the bounds of influence of any one group, nor do they preclude the movement or presence of members of any one group into other areas of influence. The Haqqani network maintains some presence in much of the areas under the control of Hafiz Gul Bahadur. Al Qaeda and foreign fighters are dispersed throughout the region and are present in differing concentrations in all the areas of militant influence in North Waziristan.