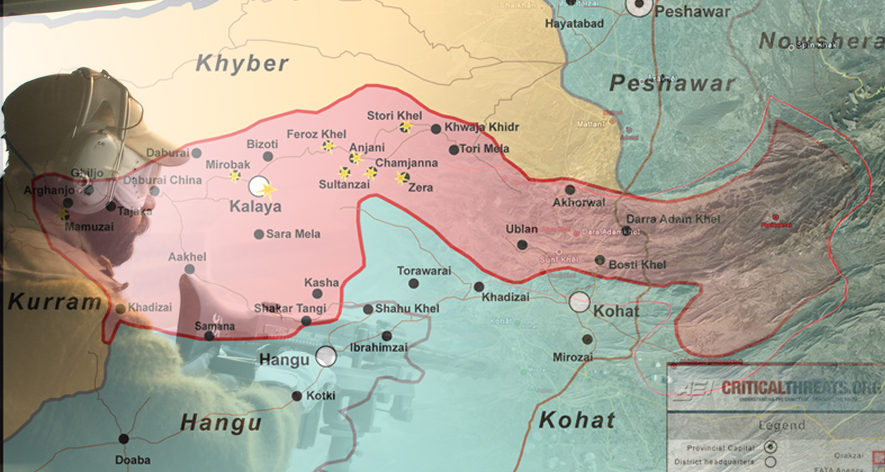 UPDATE:  On June 1, 2010, following Chief of Army Staff General Ashfaq Parvez Kayani’s visit to Orakzai and Kurram agencies, the Pakistani military declared victory over the Taliban in Orakzai and announced that major operations were now over. Given that fighting between militants and the military in Orakzai is still ongoing, the Critical Threats team will continue to track developments in the agency on a bi-weekly basis, including new incidents of conflict and issues related to the repatriation of IDPs.

One week ago, the Pakistani military launched a major offensive into Orakzai in Pakistan’s Federally Administered Tribal Areas (FATA). The foray comes as the Pakistani military’s operation in South Waziristan formally ends today, March 30 (although the army will maintain a presence in the agency). As part of the new Orakzai offensive, dubbed Operation “Khwakh Ba De Sham” (A Pashto expression roughly meaning “I will teach you a lesson” or “I will fix you”), five battalions of Army, Frontier Corps and local Frontier Constabulary troops, backed up by jets, helicopter gunships and artillery support, have forayed into parts of Orakzai held by the Tehrik-e-Taliban Pakistan (TTP) and begun retaking control of the area.

Orakzai is of great strategic importance to both the Pakistani military and the TTP. Hakimullah Mehsud, the late head of the TTP, shifted back to his old stronghold of Orakzai along with much of the movement’s leadership and manpower following the group’s expulsion from South Waziristan. Orakzai has also been the launching pad for numerous suicide bomb attacks conducted across Pakistan and is home to many terror training camps, including some run by Lashkar-e-Jhangvi, Jaish-e-Muhammad, and other al Qaeda-affiliated terrorist outfits.

For the Pakistani military, retaking Orakzai is a key step towards destroying the leadership capacity of the TTP, crippling its ability to train and launch attacks, and denying it another safe-haven in which it may regroup. This latest operation in Orakzai demonstrates the utmost seriousness with which Pakistan continues to view the task of eliminating the TTP and its affiliates.

Although the scale of the operation currently underway in Orakzai is smaller compared to last year’s operations in Swat and South Waziristan, the fighting has been just as bloody. The military has established a cordon around many of Orakzai’s entry and exit points and the militants, finding their escape cut off, are, in many cases, choosing to fight and launch significant assaults on military positions. The military has been retaliating by bombarding TTP locations relentlessly, reportedly inflicting heavy casualties on the militants. The military claims many of the dead are foreign fighters, including Arabs and Uzbeks.

The Critical Threats Project has been cataloging the military operation in Orakzai on a day-to-day basis and produced a tracker containing casualty figures, details of fighting, information on the flows of internally displaced people (IDPs), maps of the agency showing locations of violence, and more.

Click each map to view an enlarged version or view a larger map of northwest Pakistan. 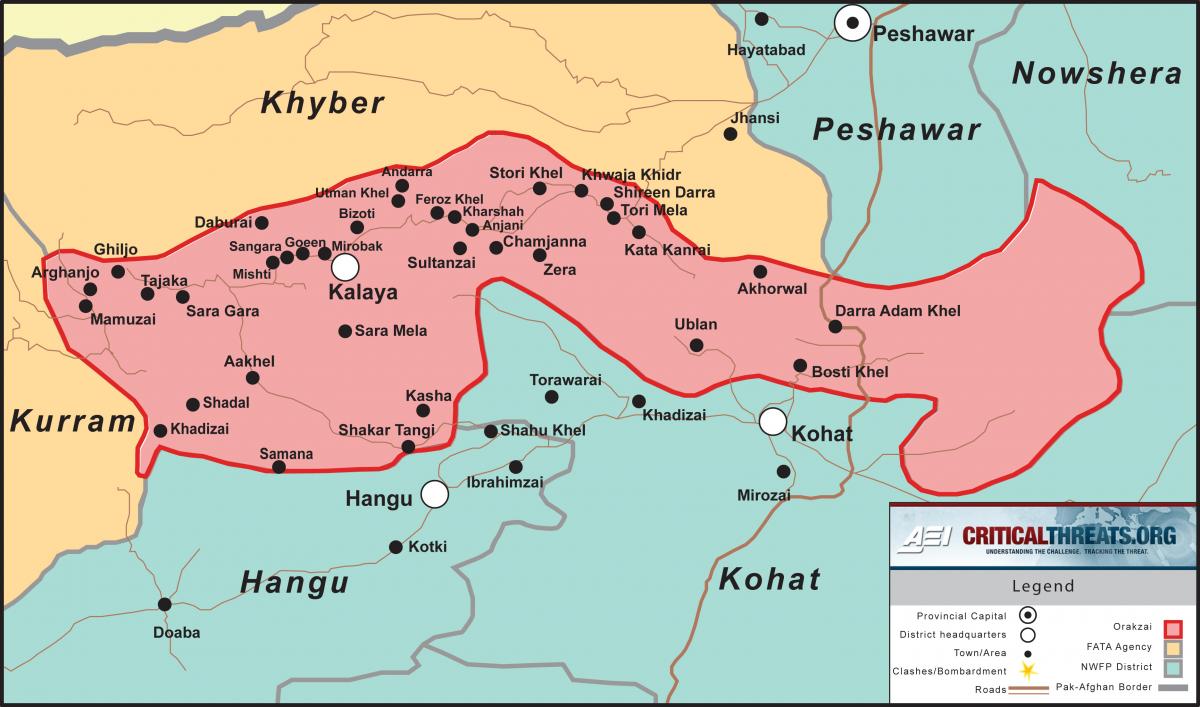 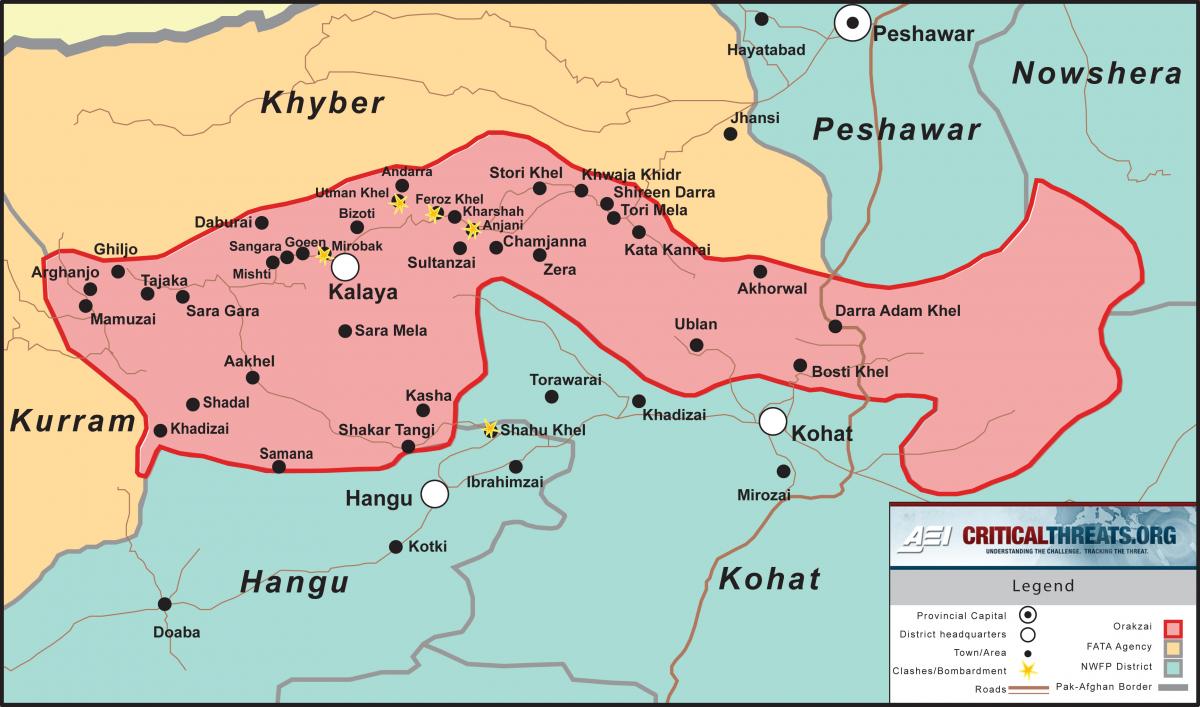 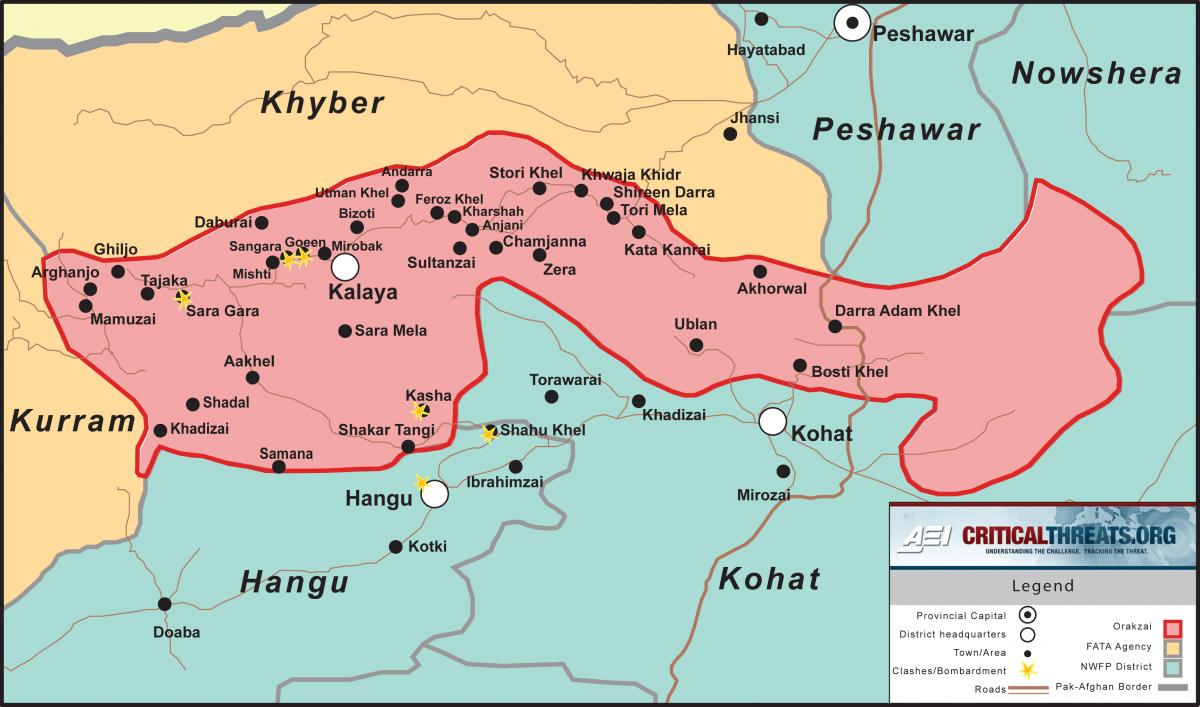 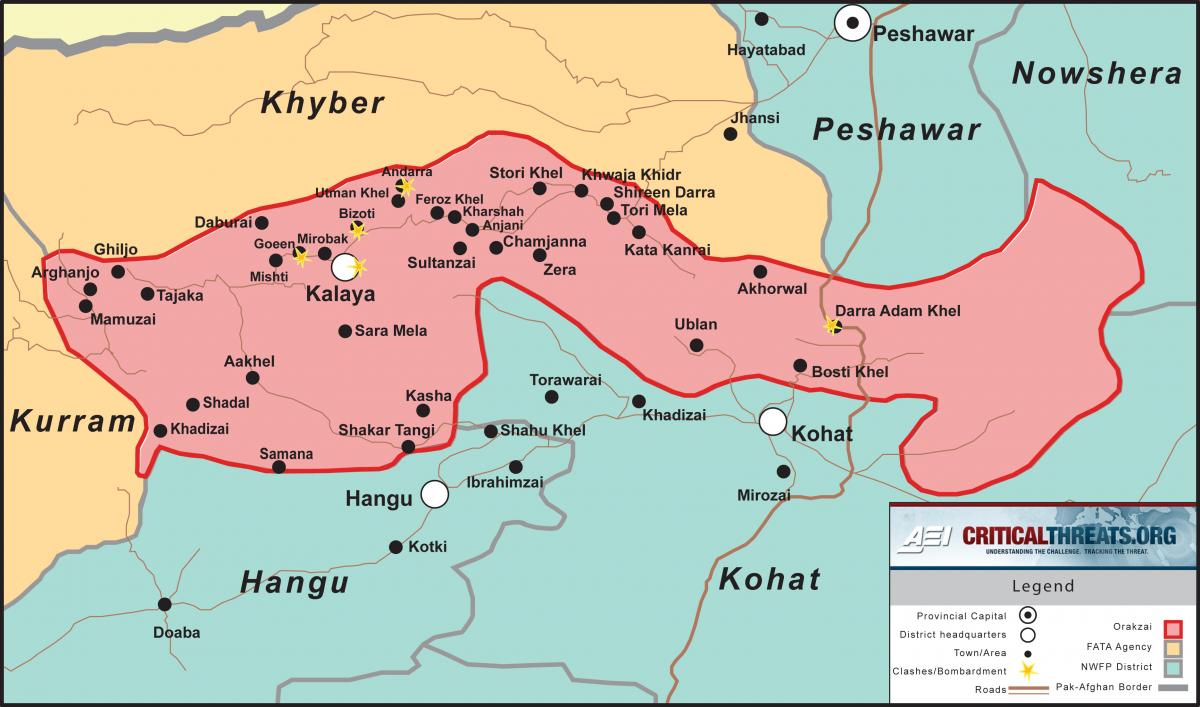 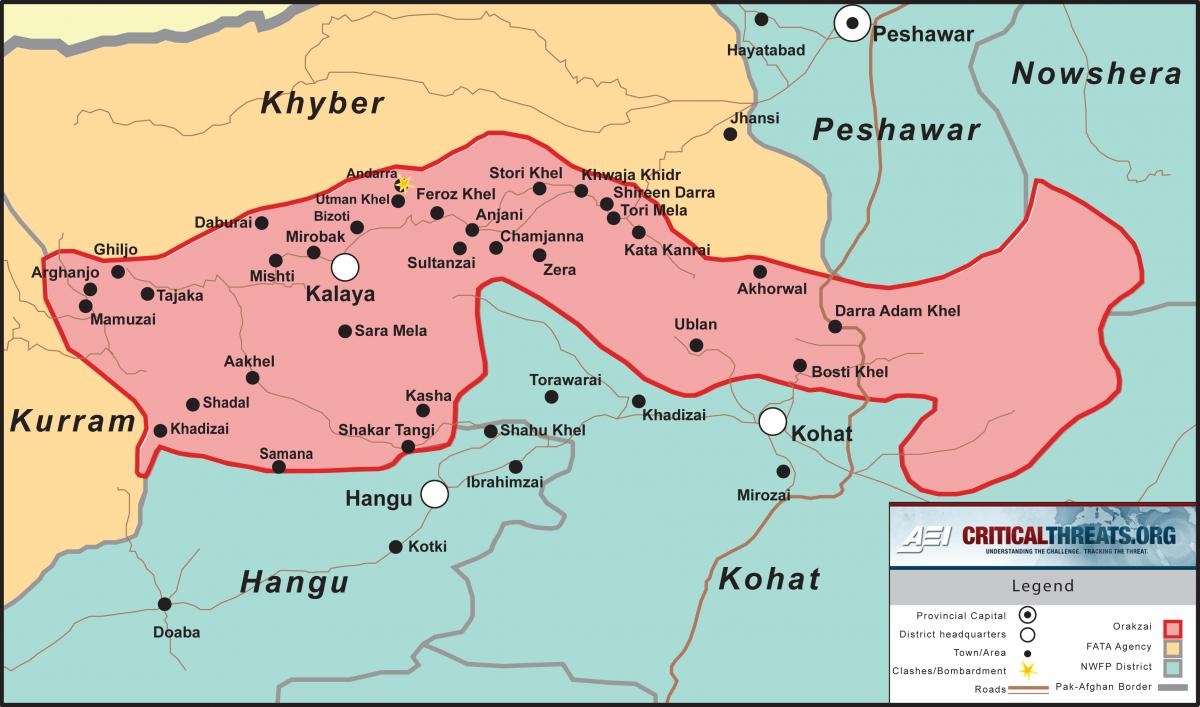 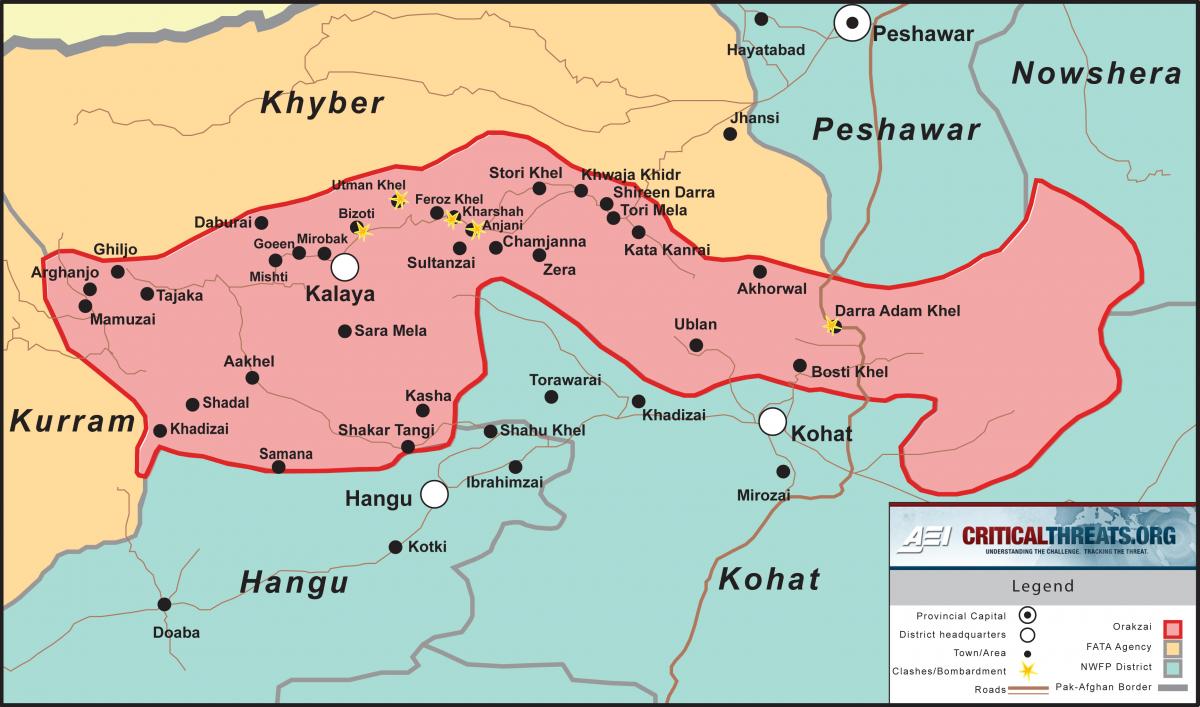 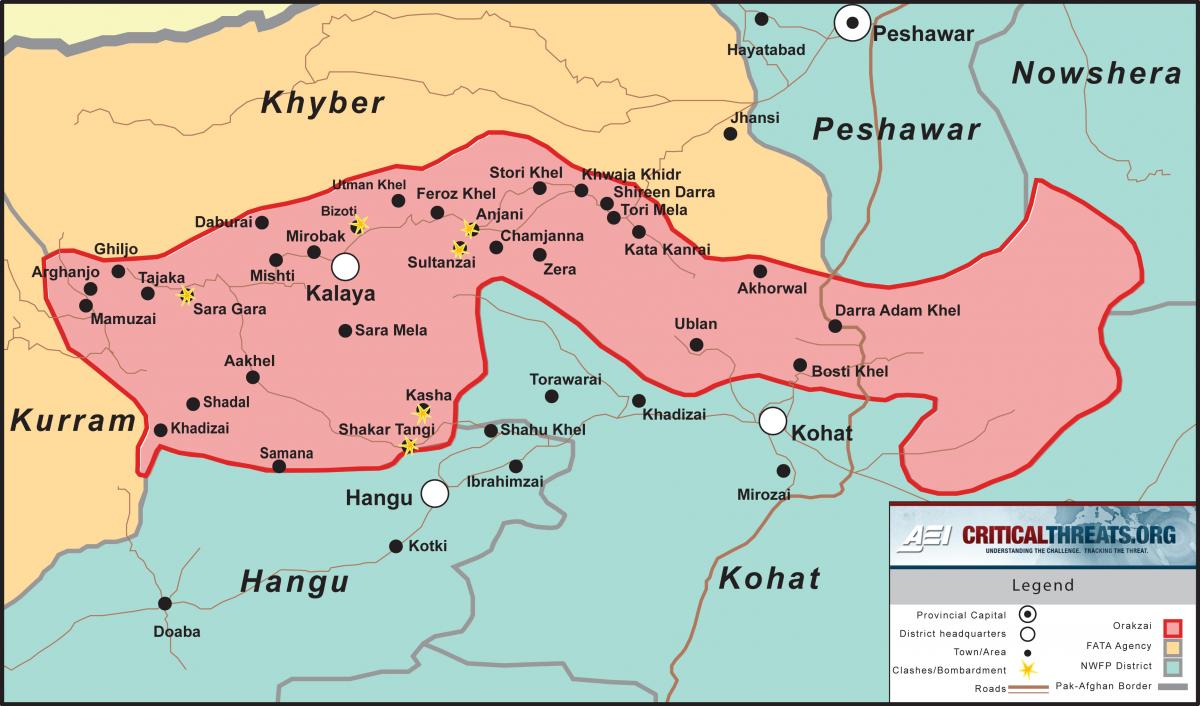 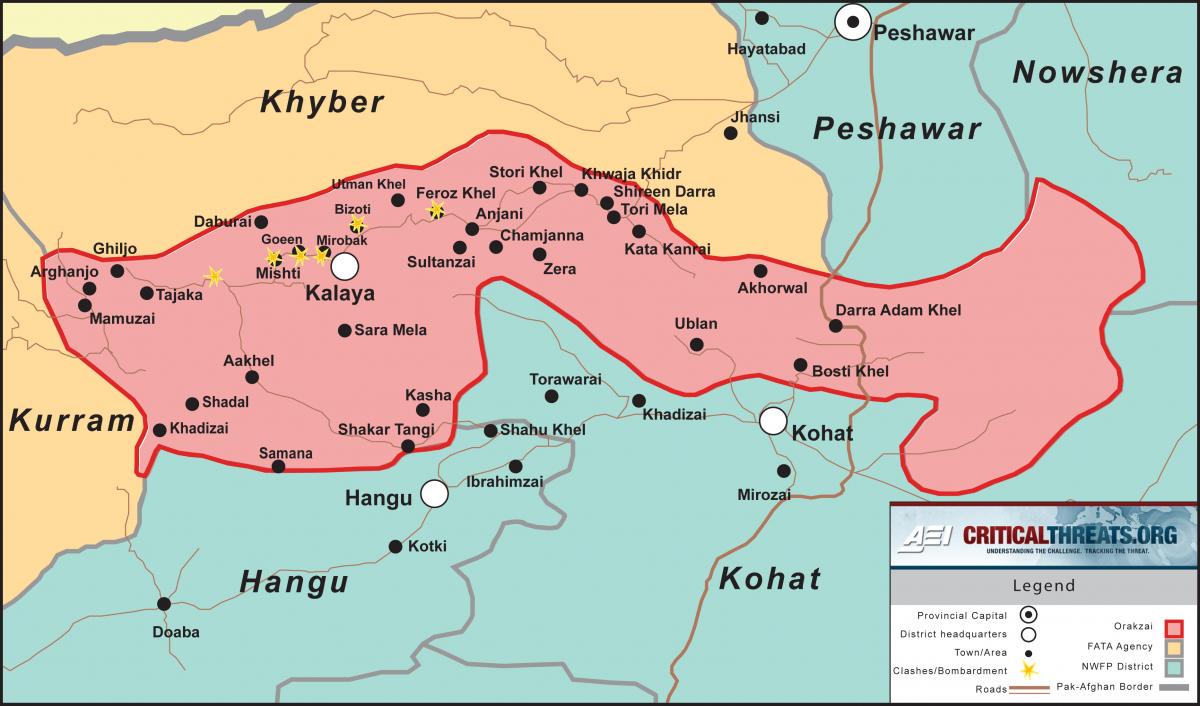 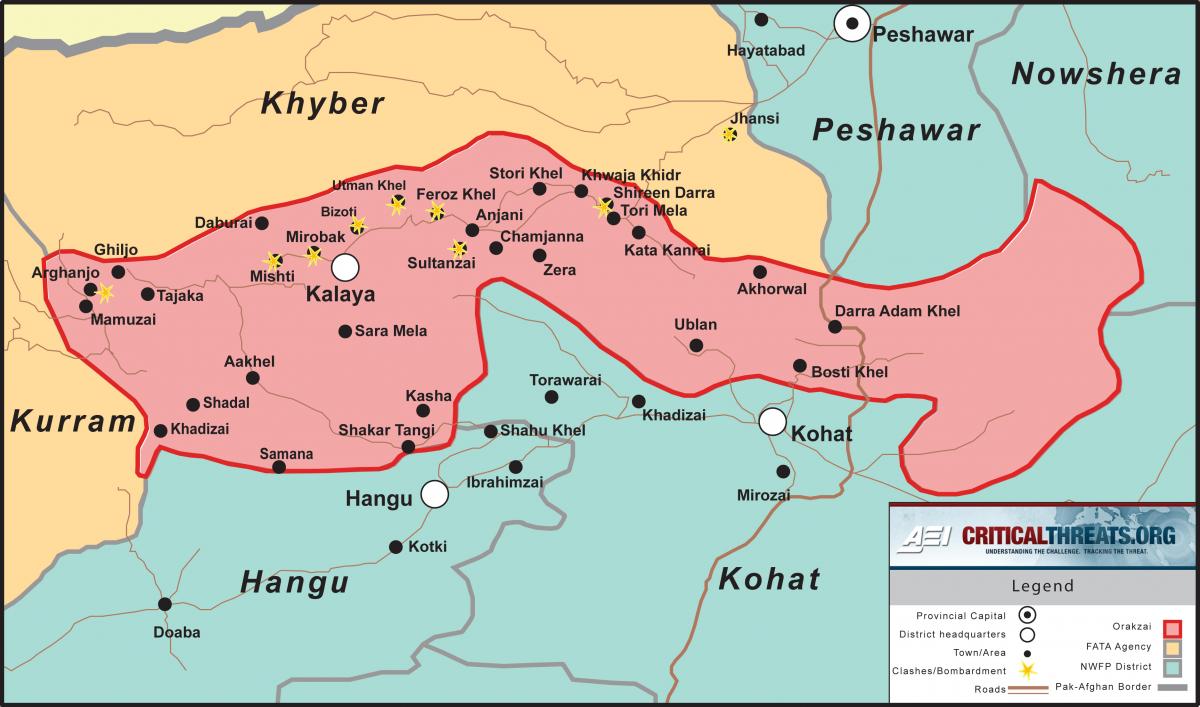 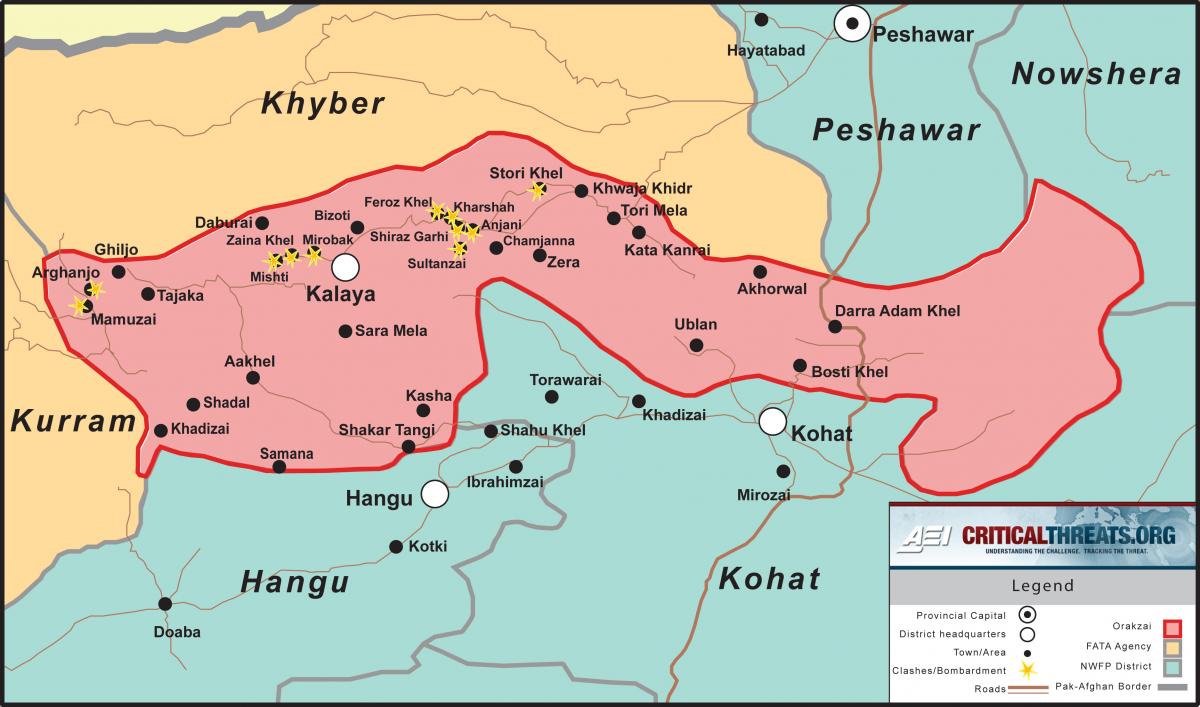 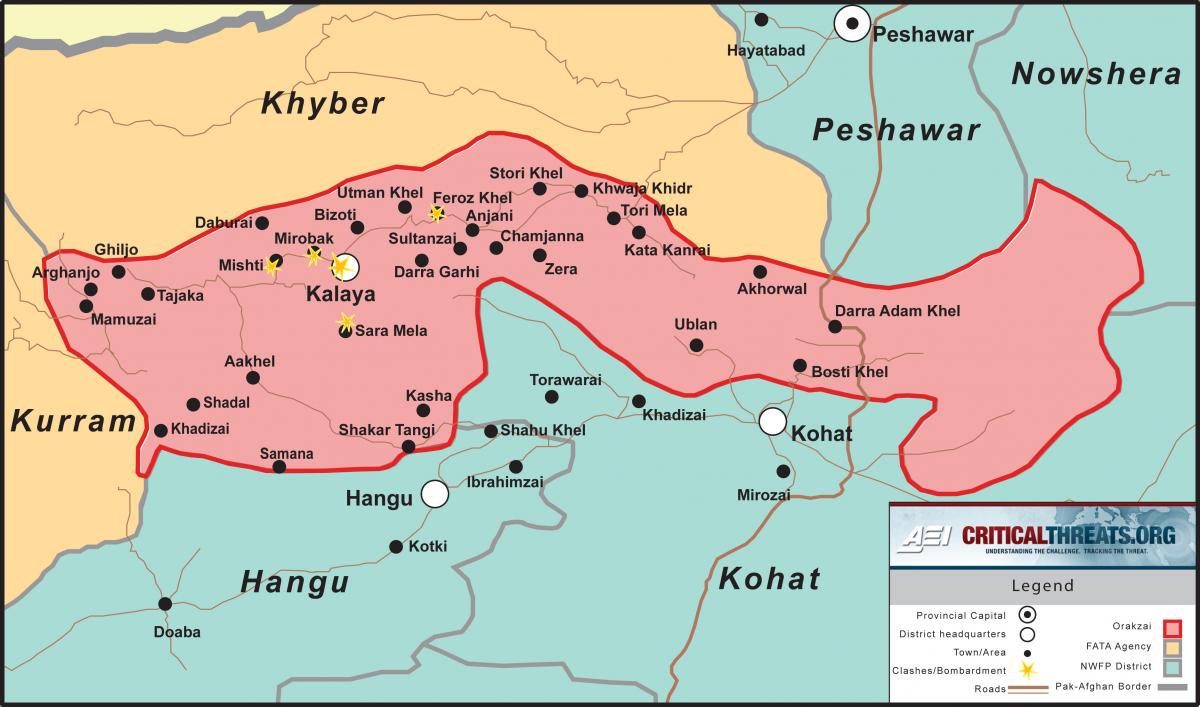 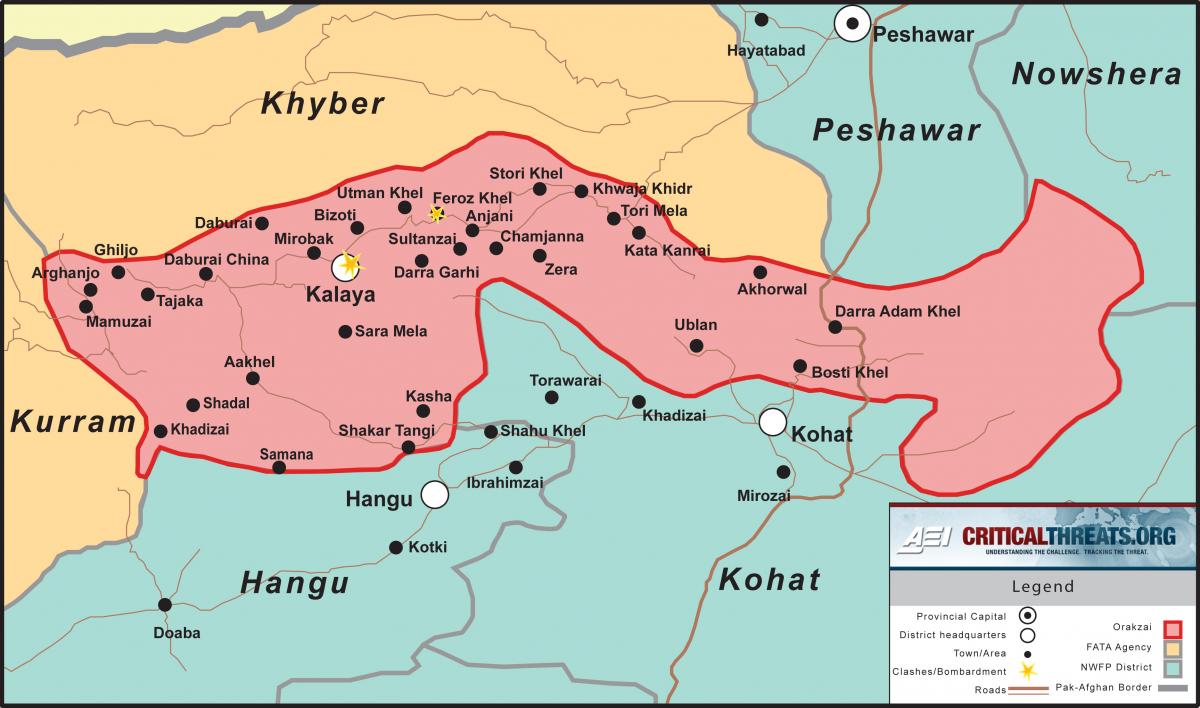 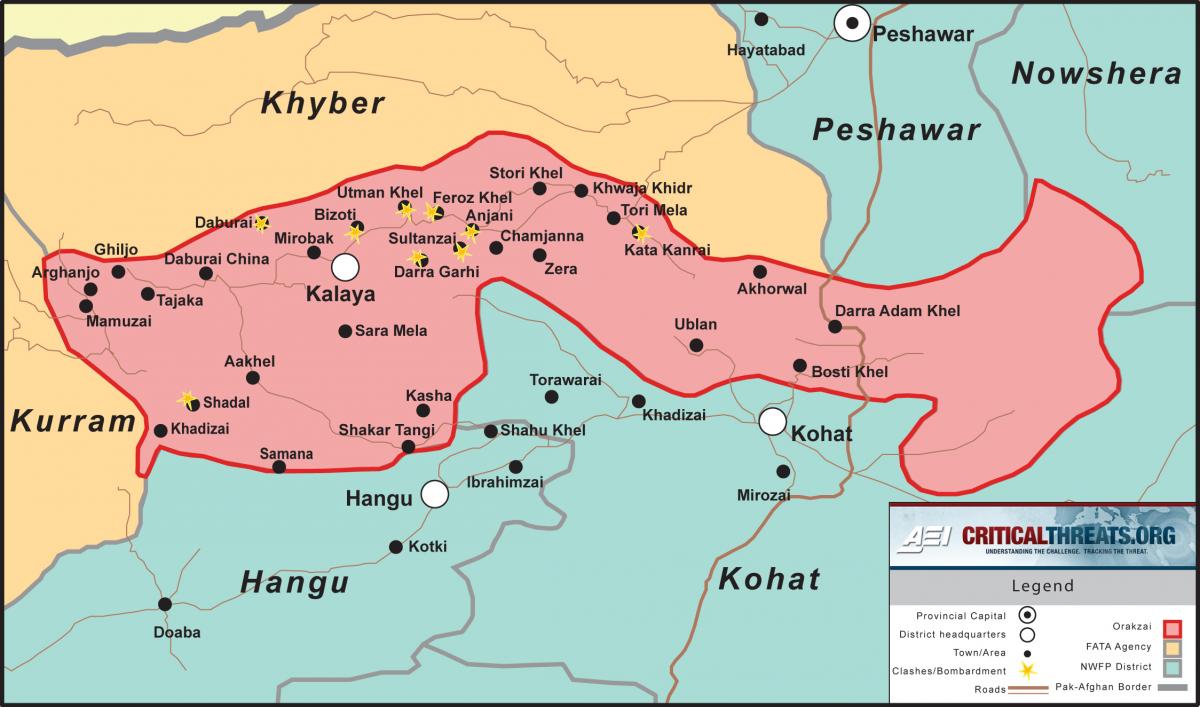 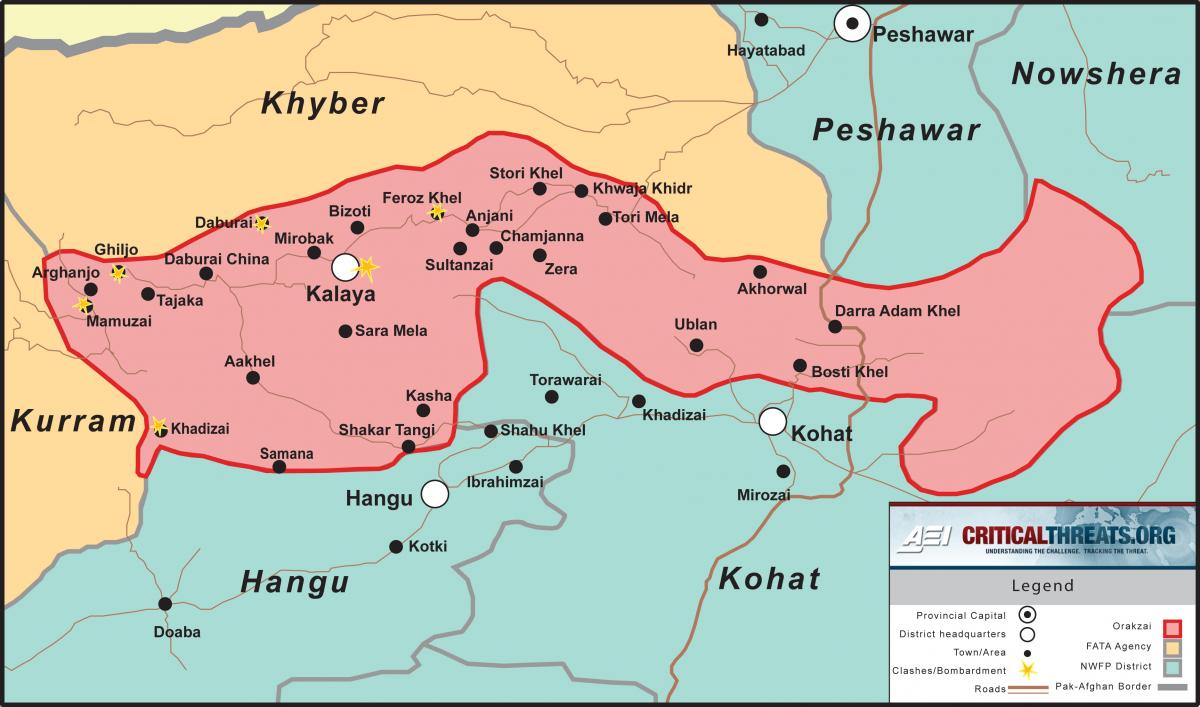 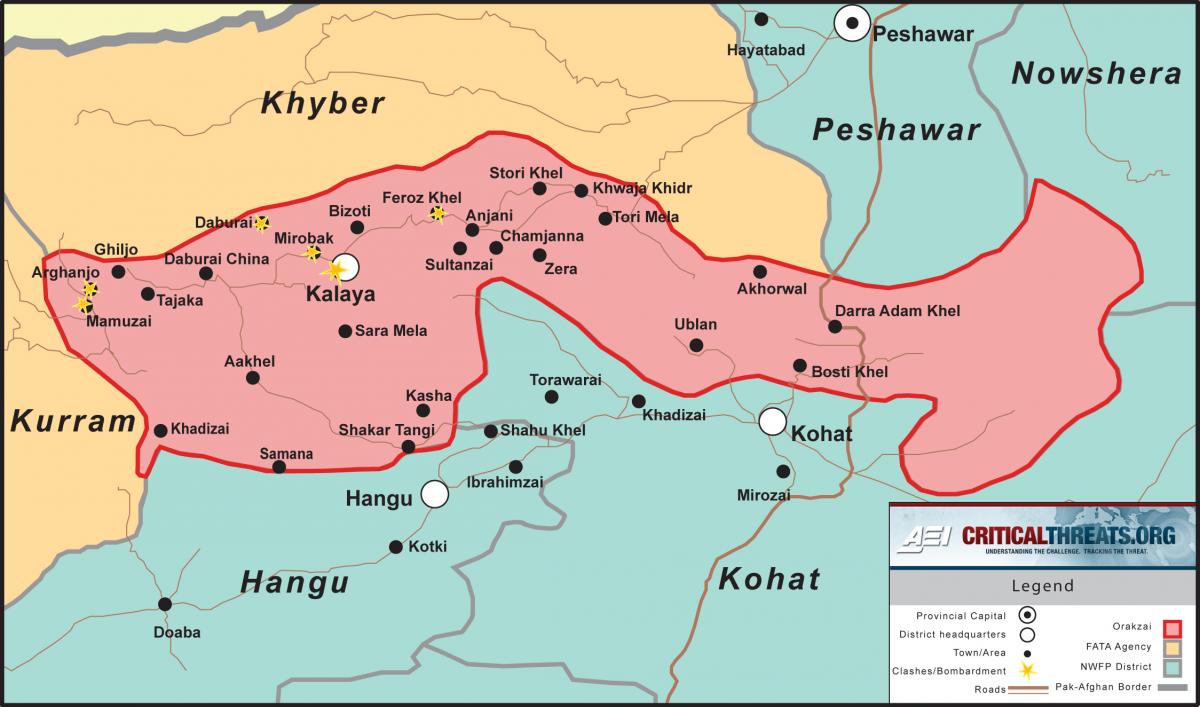 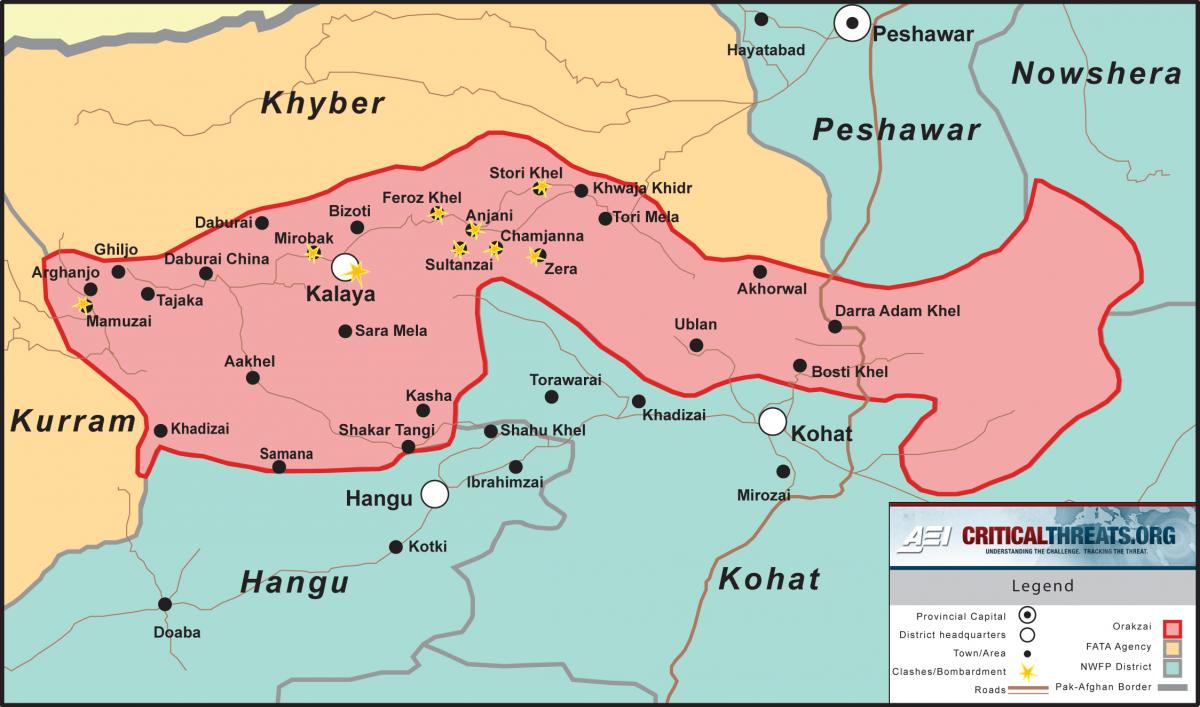