Taliban fighters train with their weapons in an undisclosed location in Afghanistan July 14, 2009. Around 4,000 U.S. Marines and hundreds of NATO and Afghan forces are taking part in an offensive in various parts of Helmand province against the Taliban, the biggest by foreign troops since they ousted the Islamist group in 2001. The operation comes ahead of next month's presidential election, which is crucial both for Kabul and for a U.S. administration that has identified Afghanistan and neighboring Pakistan as its top foreign policy priority. REUTERS/Stringer (AFGHANISTAN CONFLICT MILITARY POLITICS ELECTIONS IMAGES OF THE DAY)

Ten years ago, US Navy SEAL Team Six raided a compound in Abbottabad, Pakistan, killing the world’s most-wanted terrorist, Osama bin Laden. “The death of bin Laden marks the most significant achievement to date in our nation’s effort to defeat al Qaeda,” President Barack Obama said in announcing the operation. “Yet his death does not mark the end of our effort.” Far from it. Osama bin Laden’s work lives on, his legacy more powerful than ever, efforts to pretend otherwise notwithstanding.

Echoing his old boss, President Biden recently also declared “mission accomplished” in Afghanistan, where al Qaeda’s planning for 9/11 took place. “Bin Laden is dead, and al Qaeda is degraded,” declared Biden. And so, by May 1 the US will begin its final withdrawal from Afghanistan, ending the US military deployment ahead of the 20-year anniversary of the 9/11 attacks. It is no irony that as Biden ends a “forever war,” the Taliban and al Qaeda are poised to retake Afghanistan, much as they did in the years before 9/11. Another sign that the movement forged by bin Laden is alive and all too well. 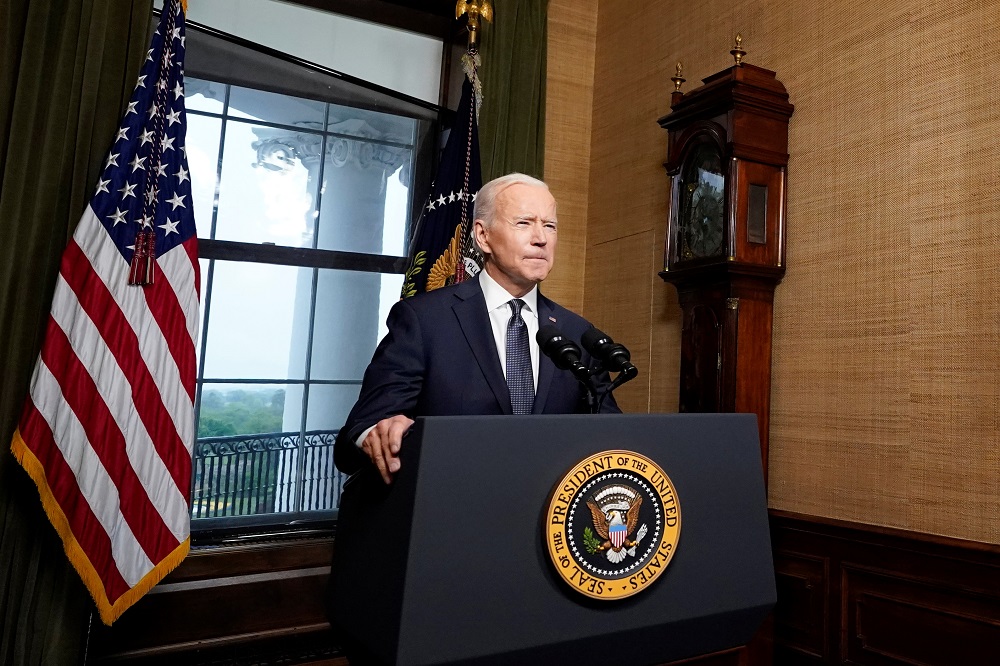 Osama bin Laden transformed the Salafi-jihadi movement from its modern-day roots in Afghanistan into a global terror threat. He founded al Qaeda in 1988 with the close-knit core of more militant-minded Arab mujahideen. Whereas the jihad in Afghanistan sought to defend the country against the Soviets, bin Laden’s al Qaeda quickly evolved beyond that mission and the Western nations supporting it. His eyes were on driving Western backers from the Arab world, and he looked to Hezbollah’s example in the 1983 marine barracks bombing in Lebanon as a successful paradigm.

But terrorism was never more than a tool for al Qaeda to achieve its larger mission: global Islamist rule. Nor should we lie to ourselves that the absence of attacks against the United States represents al Qaeda’s degradation. Bin Laden carefully forged a balance between the “far” war against the US and Europe and the “near” war for the Muslim communities that would form the foundation of a future caliphate. Building ties to the local population through charity, preaching, and other means is a crucial element of al Qaeda’s strategy. In Yemen, he advised minimizing military operations and increasing support among the population, focusing first on weakening the US before overthrowing the government. In Somalia, he explained how Malaysian oil palm trees would be more profitable than the local trees, helping bolster the local economy.

Today, Ayman al Zawahiri, al Qaeda’s current leader, fills that role. Under Zawahiri’s strategic guidance, al Qaeda has embedded in widespread communities and strengthened on the ground. In 2021, al Qaeda has more fighters, more terrain, and more expertise than ever before. Al Qaeda’s expansion into Africa — bleeding over much of the continent — and within parts of the Middle East and South Asia give it a truly global base from which to operate.

Yet bin Laden’s legacy is not just al Qaeda. It includes the Islamic State and its followers. Despite philosophical disagreements with Abu Mus’ab al Zarqawi — the founder of the Islamic State’s predecessor, al Qaeda in Iraq — it was bin Laden who gave Zarqawi the seed money for his first training camp in Herat, Afghanistan. Abu Bakr al Baghdadi, who eventually succeeded Zarqawi, embraced his strategy and set off to realize the Islamic State. In the end, bin Laden’s successor, Ayman al Zawahiri, was not up to the task of keeping Baghdadi in line. The relationship blew up spectacularly with the Islamic State’s declaration of a Caliphate in 2014. Without bin Laden’s initial willingness to finance Zarqawi, the proto-ISIS leader may have festered in the obscurity of jihadi no-names.

Bin Laden left behind a global Salafi-jihadi movement that has continued to strengthen since his death. Al Qaeda’s venture into the central African Sahel has expanded its reach from the southern Mediterranean Sea to the Gulf of Guinea while in Syria, al Qaeda’s extremist ideology has become mainstreamed through Hayat Tahrir al Sham. From Afghanistan, to Iraq and eastern Syria, to the Sinai, and from the Central African Republic to Mozambique, bin Laden’s Salafi-Jihadi armies have grafted themselves onto indigenous insurgencies, and control substantially more territory than before 9/11.  Osama bin Laden is dead, but his fight lives on — and in too many places, his people are winning.

Learn more: Al-Qaeda after the Arab Spring: A decade of expansion, losses, and evolution | No competition without presence: Should the US leave Africa? | Trump’s short-sighted request to withdraw troops from Somalia