A Comprehensive Look at the Iranian Anti-Regime Protests

The Iranian protest scene has changed since the late December-early January anti-regime protests, which spread to over 100 cities and each of Iran’s 31 provinces. The anti-regime protests have died down, but protester grievances and sentiments voiced during those protests have since grown. State employees continue to hold strikes over unpaid salaries, and defrauded depositors continue to protest in front of credit and financial institutions. Protesters from a Sufi Muslim order clashed with Tehran police officers on February 19 over the detention of a fellow adherent. The fighting resulted in the deaths of at least five security officials and the imprisonment of no fewer than 360 protesters. As regime officials continue to fail (or in some cases refuse) to address protester grievances, the likelihood for the reignition of widespread anti-regime protests grows. 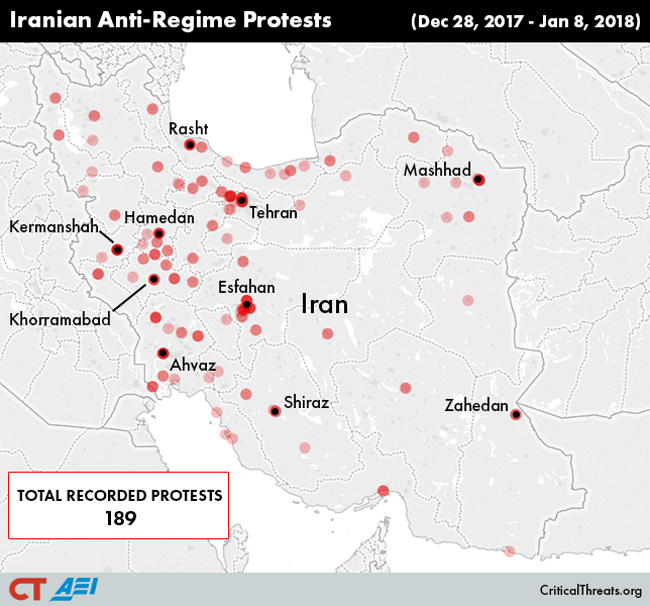 The Critical Threats Project, with significant assistance from Daniel Amir, has continued to build out a comprehensive dataset of the widespread anti-regime protests that swept Iran in late December 2017 and early January 2018.  Our revised graphic reflects the analysis of over 750 videos submitted by Iranian protesters to social media platforms. We are continuing the analysis of additional videos and may update this graphic and dataset again in the future.